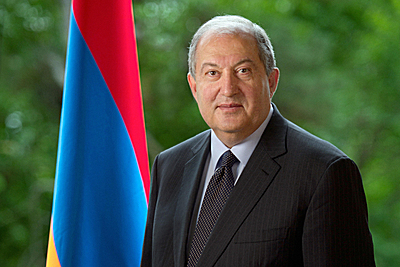 Dear Citizens of the Republic of Armenia,

Dear Compatriots in Artsakh and Diaspora,

I extend my congratulations on the occasion of the 30th anniversary of the Declaration of Independence.

Thirty years ago, on August 23, 1990 under the extremely difficult internal and external conditions, the Supreme Council of the Armenian SSR at its first session adopted the Declaration on Armenia’s independence.

It signaled the beginning of a new era in the life of our people.

The dream, which had been burning within us after the downfall of the First Armenian Republic, got a new life and set the start for our now irreversible road toward independence.

The Declaration of Independence adopted on August 23 pave the way for the September 21 referendum on independence, for the truly independent Armenia.

We have been walking down this road for the last 30 years, calling to life our centuries-long dreams and aspirations.

Today, Armenia is an independent state which has a biography forged in trials and victories, it has incessantly maturing citizens, and the Army which defends us.

The Declaration of Independence is a treasured sample of the Armenian historical and political thought which became the symbol of our restored statehood and a rock solid foundation of all our constitutions.