President Armen Sarkissian met with a group of heads of cultural institutions: material difficulties are manageable but it is impossible to live without culture 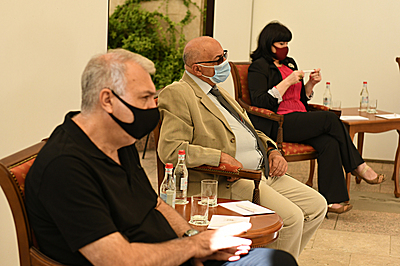 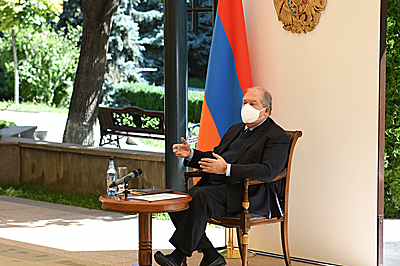 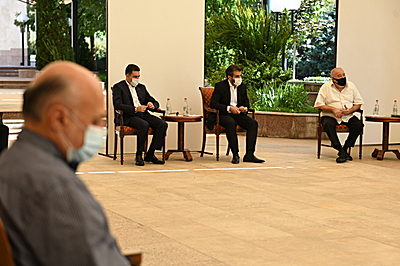 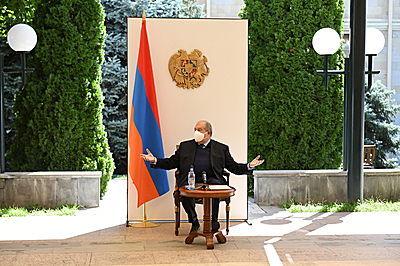 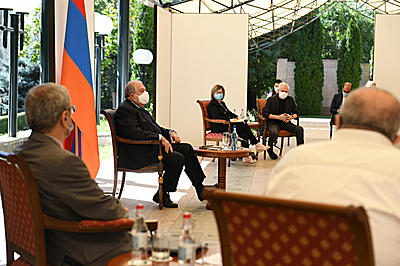 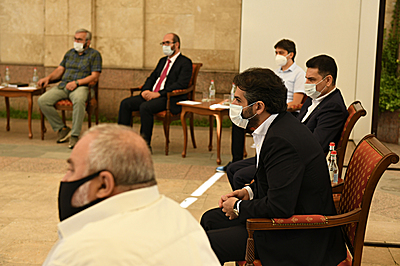 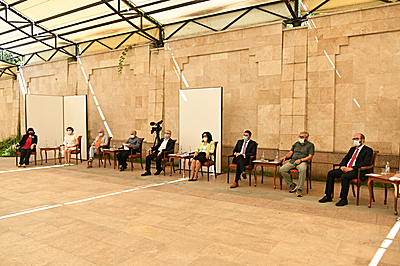 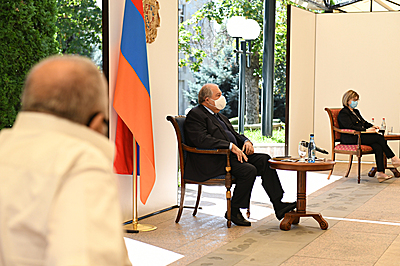 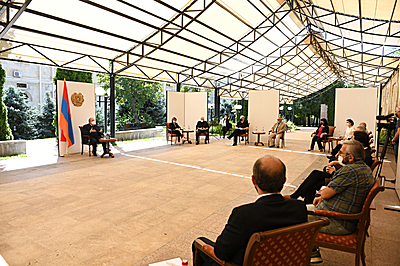 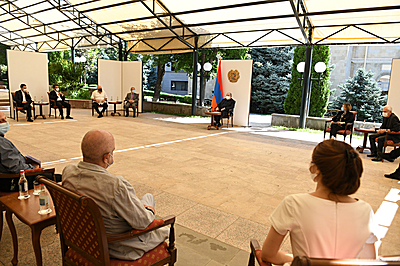 President Sarkissian noted that “culture, which because of the coronavirus pandemic has appeared in difficult situation along with the so called “material areas”, is very important because with all negativity of the recent months, the fight against the pandemic resulted in a significant conclusion – bread is not enough for living. Today, many have depressive, negative emotions because an important part of their life has disappeared. The part that disappeared is linked to real culture. Certainly, there is virtual culture, too: one can turn on TV and watch something on computer, virtual concerts are taking place. But it’s not the same as a life concert, the contact. This is a big problem not only for Armenia but for the world at large.” The President said that in many cases people can manage financial problems but if the cultural life is limited or non-existent, it’s almost impossible to live. “I often recall the beginning of 1990s,” the President said. “It was cold and dark, the ongoing war, times were very difficult. But I remember that majority of the people didn’t lose their energy, vigor, didn’t change their attitude for life because hope was there, people were living with hope, were going to concerts, were confident that they would overcome all difficulties.”

How the presidential institute and president can help, be useful in the current difficult situation. Addressing this question to the participants of the meeting with the anticipation of cooperation, the President offered the heads of cultural institutions to use temporarily the premise of the Presidential Palace and its outdoor opportunities for the implementation of their projects.

During a candid and frank conversation, discussed were problems facing the cultural establishments, cultural policy, necessity to make structural changes in the area of culture. Responding to the questions raised by the participants of the meeting, President Sarkissian noted, “We have a problem: we, unfortunately, personalize everything. Very often individuals of high state standing believe that they have inherited that position and act and work accordingly. We need to do everything possible to move from personalized approach to a structural, institutional one. Creation of institutes in all areas is critical for us, starting from education, Academy, industry.
Along with personalizing, there is another phenomenon in our culture which should be eliminated, it is important, too. It is called pretending. We pretend to have many things which we actually don’t have. Hence, in many areas of our activities we need an audit, meaning, the reassessment on what we have in reality, so that we are able to make the next step.”

Speaking of state assistance, President Sarkissian said in particular, “I believe that the state, within the scope of its capabilities, should do more. We are not in a position when you can survive alone. Let’s assess what the state is doing and let’s do everything to carry on with state financing, increase it, because now we are in the transition period. We have no culture of sponsoring arts. There are individual benefactors but we possess no legal mechanisms to support that institute. It is important that we invest energy, vigor and time into the development of this second element. There are many models on doing it, and we have a road to pass here. I am ready to support you if you are ready to support me in return to be able to change certain things.”

In conclusion, the President of Armenia once again expressed his readiness to cooperate. “We all have common problems and difficulties. I suggest this: let’s try to cooperate. I am willing to change also certain things in our culture, and if I succeed, I will be happy,” President Armen Sarkissian said.