Special awards to the authors writing for children and illustrators were handed at the Presidential Palace: literature for children in a sense is the mother of all kind of literature 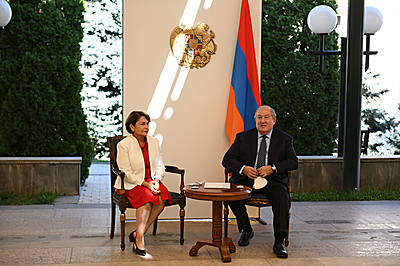 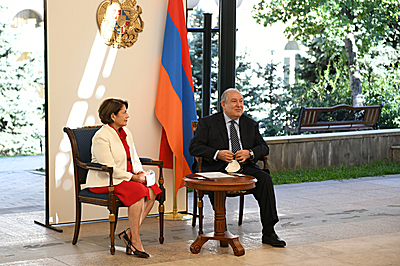 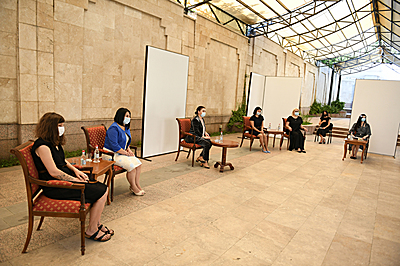 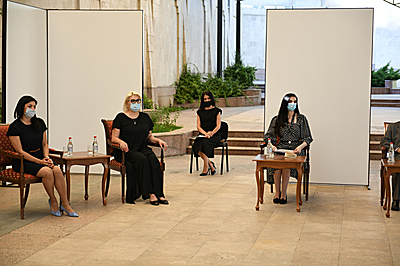 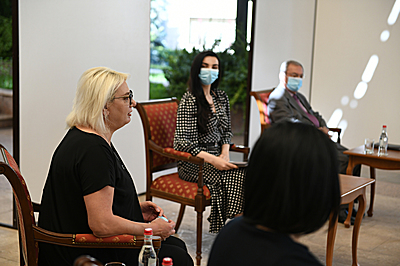 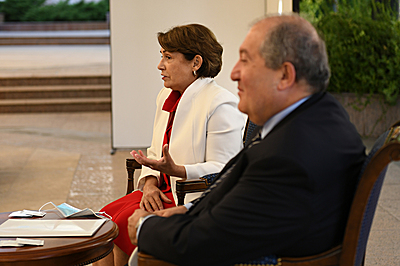 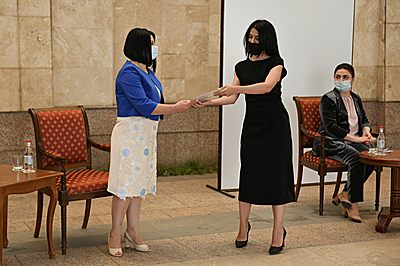 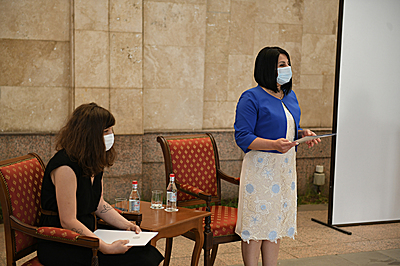 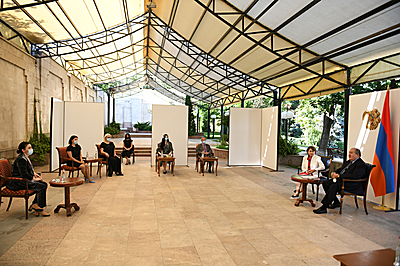 Last September a contest for the authors writing for kids and illustrators was announced by the Khnko Aper library with the assistance of the RA Ministry of Education, Science, Culture, and Sports, IBBY Armenia, Arevik publishing house and in partnership with Artbridge bookstore and was aimed at boosting the culture of book illustration for children and teenagers in Armenia.

The results of the contest were recapped at the Khnko Aper national children’s library in the attendance of the spouse of the President of Armenia Nouneh Sarkissian who is a children’s book writer. Along with the announced awards, two Special Awards – Prose for Kids and Adolescents and Illustration of Books for Children and Adolescents - were established by Mrs. Nouneh Sarkissian as an encouragement for writers.

On August 26 at the Presidential Palace, in presence of President Armen Sarkissian and Mrs. Nouneh Sarkissian, the award ceremony took place. “This is a very important initiative. Kids’ literature is in a sense mother of all kind of literature. It teaches to read and love book from the early age. If one doesn’t learn to love books, later it becomes more difficult, especially in the 21st century when there are thousand reasons not to read,” the President of Armenia noted. “This award ceremony, which is the first one, I believe has been a success. I congratulate the organizers and the participants. I am confident that it is necessary to support this initiative in every way.”

Mrs. Nouneh Sarkissian congratulated the winners and said in particular, “I have noticed that you both work on the kids’ imagination. When children sit before the TV and watch movies, their imagination is not working. But Lilit’s illustrations will become a booster for other kids to work this way. Recently, many children told me that they want to be authors and want to write books. Example is very important. Anna creates fairytales through games. There are games in her stories which also impact the imagination of the kids. I congratulate you once again and wish new success and new awards.”

Director of the Khnko Aper national children’s library Ruzanne Tonoyan stressed the importance of having this kind of contests because being close to this field, she is well aware of the situation with the contemporary Armenian literature for children and adolescents: it needs encouragement, especially when books are in great demand. “State support is very important because this area really needs a strong basis. In this sense, Mrs. Nouneh Sarkissian’s assistance and presence, as a loved and experienced author of children’s books, is inspiring and will undoubtedly become an impetus for the advancement of this initiative,” Ruzanne Tonoyan said.

Lilit Altunian and Anna Aslanian thanked for the prizes (computers) and appreciation and noted that this was inspiring and, at the same time, compelling to continue their creative work in a more interesting and active mode.