President Armen Sarkissian received Minister of Foreign Affairs of Greece: these days, friendship and trust are very important for us 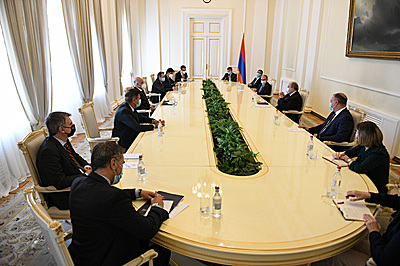 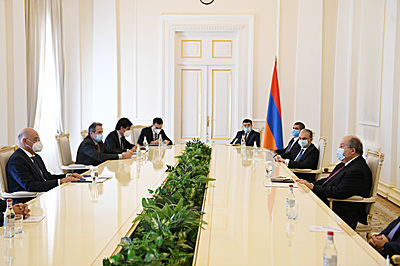 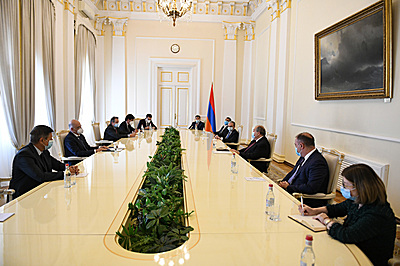 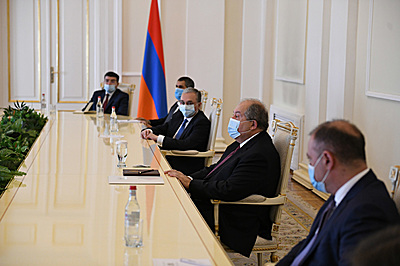 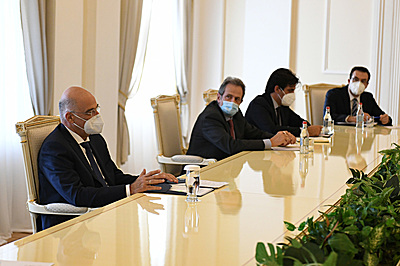 President Armen Sarkissian hosted today the delegation headed by the Minister of Foreign Affairs of Greece Nikos Dendias who has arrived to Armenia on a working visit.

Welcoming the guests, President Sarkissian noted in particular, “We highly appreciate your visit at any time, but especially today, when we are facing really tough times, friendship and trust are very important.”

The President of Armenia said that the friendly Greece too, is currently experiencing hard times, fortunately, “the scale and level of violence is not the same as in Armenia and Artsakh. But the source of instability and violence is the same.”

Minister of Foreign Affairs of Greece Nikos Dendias said that the friendship of the two nations has become even stronger through the ages. “It is reflected not only in our relations and understanding but also in our common pain,” the Minister of Foreign Affairs of Greece said. “You were subjected to a genocide, we too, the Pontic Greeks, were subjected to a genocide. We always remember that and cannot allow it to be forgotten. In the course of development our countries became victims of aggression, there is no doubt about that. Today, you are facing much more difficult situation, and it is obvious. I view my visit to Yerevan as a symbol of friendship and support to Armenia and Armenian nation.”

At the meeting, the parties spoke of Azerbaijan’s large-scale military aggression against Artsakh and its encroachments on the territory of Armenia, the ceasefire agreement and importance of maintaining it as well as Azerbaijan’s continued violation of the ceasefire regime.

Discussed were also issues related to deepening the cooperation between the two friendly states.