Turkey’s presence is a serious threat to the regional and international security: President Sarkissian met with the High Representative of the European Union for Foreign Affairs and Security Josep Borrell 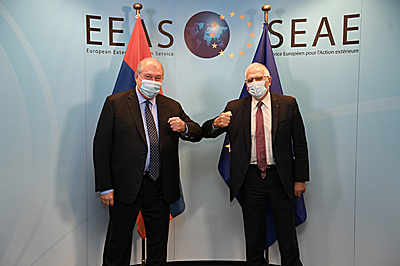 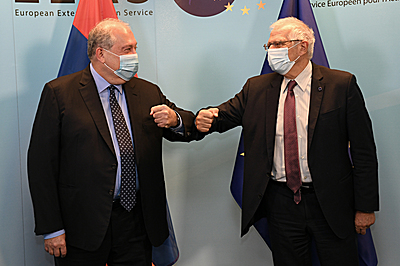 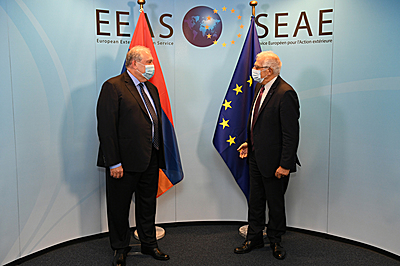 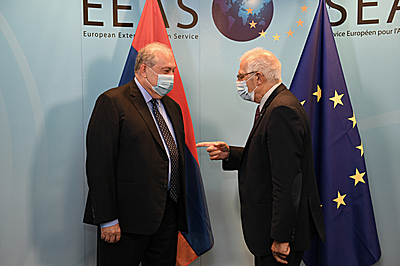 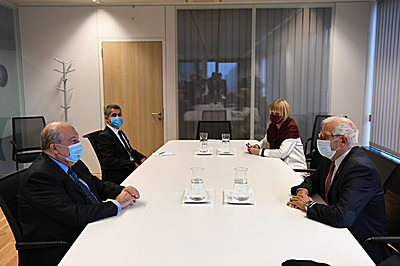 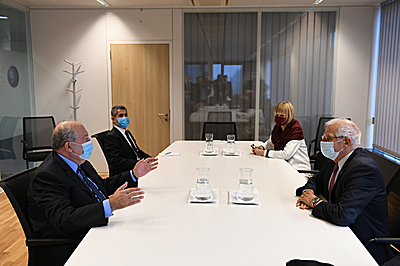 President Armen Sarkissian, who is in Brussels on a working visit, met today with the High Representative of the European Union for Foreign Affairs and Security Josep Borrell.

President Sarkissian spoke in detail of the large-scale military aggression unleashed by Azerbaijan with the military and political support of Turkey against the Republic of Artsakh, targeting by the Azerbaijani military force of settlements, civilians and civilian infrastructures of Artsakh.

The President of Armenia noted that all this was taking place with direct and immediate engagement of Turkey which is also manifested in bringing armed Islamist terrorists to the region. This is a serious threat for the regional as well as for the international stability and security.

Josep Borrell expressed concern with the ongoing military activities and the existing situation. He stressed the necessity of reducing tension, establishing a ceasefire and returning to the table of negotiations with the mediation of the Co-chairs of the OSCE Minsk Group.