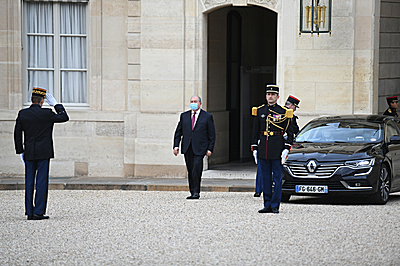 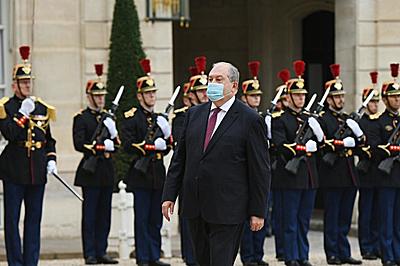 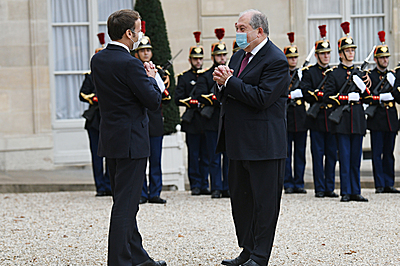 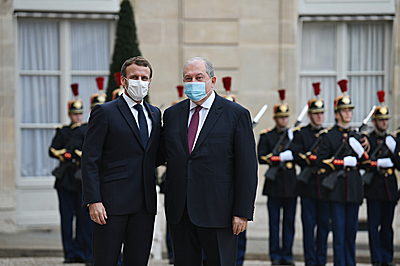 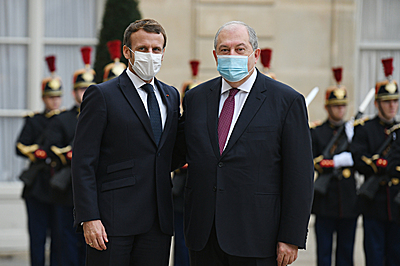 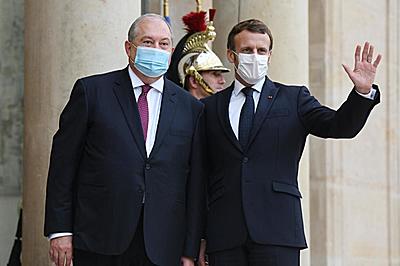 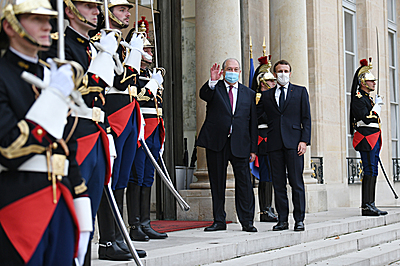 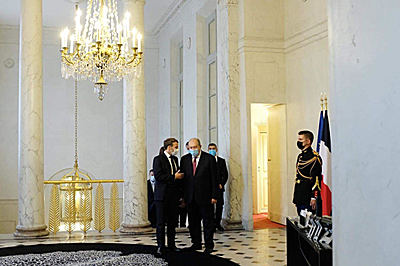 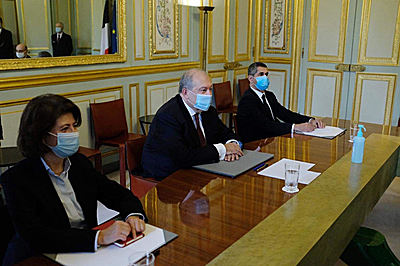 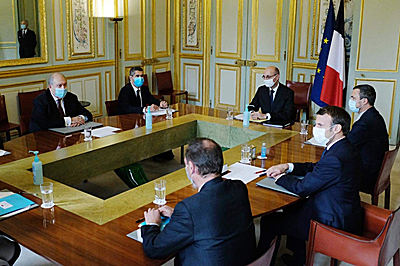 A meeting of the President of Armenia Armen Sarkissian and President of France Emmanuel Macron took place at the Élysée Palace. At the meeting discussed was the situation in the Nagorno Karabakh conflict zone.

President Sarkissian expressed gratitude to President Macron and noted that Armenia highly values efforts of France, as a co-chair of the OSCE Minsk Group, and personal position of President Macron in the resolution of the conflict.

President Sarkissian underscored that the large-scale military aggression unleashed by Azerbaijan with the support of Turkey against Artsakh/Nagorno Karabakh continues, settlements, civilian population and civilian infrastructure of Artsakh are being targeted which causes deaths and injuries among civilians. The President of Armenia expressed deep concern with Turkey’s military and political assistance to Azerbaijan and underlined that Turkey’s, as the third party’s involvement of such magnitude makes the situation worse, endangering stability and security of the region. President Sarkissian said that Islamic terrorists brought by Turkey to Azerbaijan and enlisted in the armed forces of that country to be used in the military actions against Artsakh, pose a particular threat for the region. There is also a possibility that some time later they might appear in other countries, including in Europe.

Presidents Sarkissian and Macron concurred that there is no alternative to a peaceful resolution and stressed the importance of implementing agreements on ceasefire.

The Presidents underlined the role of the OSCE Minsk Group in the resolution of the conflict and stressed the importance of getting back to the negotiations under the co-chairmanship of the Minsk Group.

The Presidents of Armenia and France also stated with satisfaction that privileged Armenian-French relations, based on the centuries-long ties and friendship of the two nations, continue to develop in the spirit of friendship and mutual understanding.

President Armen Sarkissian arrived to Paris from Brussels where he met with the NATO Secretary General Jens Stoltenberg, High Representative of the European Union for Foreign Affairs and Security Policy Josep Borrell, and President of the European Council Charles Michel.