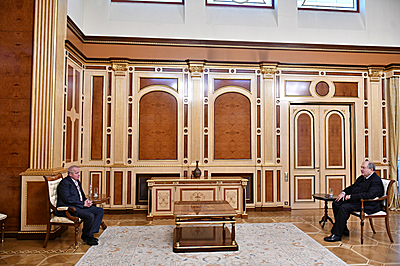 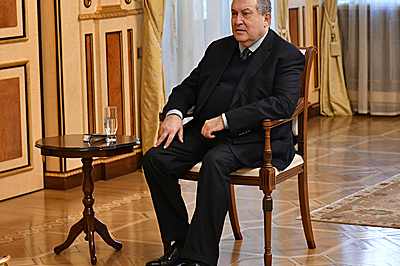 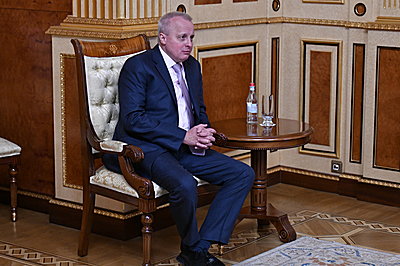 President Armen Sarkissian and Ambassador Kopirkin talked about the statement signed by the Prime Minister of Armenia, the Presidents of Russia and Azerbaijan on the complete cessation of all hostilities in the Nagorno-Karabakh conflict zone, and its provisions.

President Sarkissian noted that the settlement of the Nagorno-Karabakh conflict is an important matter of national significance, and it is natural that any decision-making related to it, especially the signing of a document, provokes a sharp reaction from the people and often an uprising.

President Sarkissyan underlined the important mediating role of the OSCE Minsk Group Co-Chair countries, especially the Russian Federation, in ending the hostilities.
The need for security and lasting peace throughout the region was stressed at the meeting.