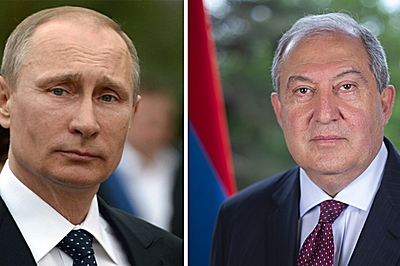 In his letter, President Armen Sarkissian once again thanked the President of Russia for his efforts, which stopped the bloodshed in Nagorno-Karabakh, established a ceasefire, and made it possible to avoid new casualties and tragedies.

At the same time, the President of Armenia noted that, unfortunately, there is still a potential danger of new disputes rising between the sides, connected with the issue of demarcation.

Due to the exceptional importance and urgency of this matter, President Sarkissian asked Russia's President to aid the process and completion of demarcation between Armenia and Azerbaijan to exclude further tensions and negative developments.