Every state has its interests, our task is to impose our interests. President Armen Sarkissian met with public representatives in Gyumri. 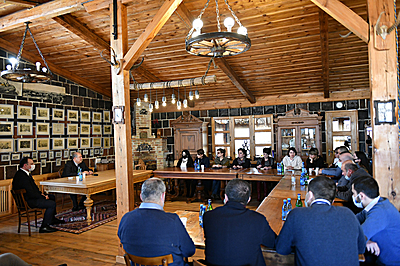 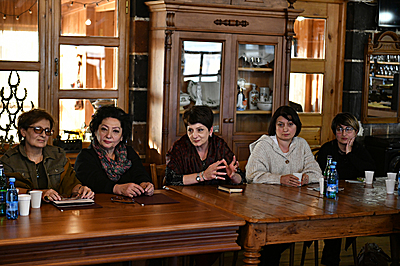 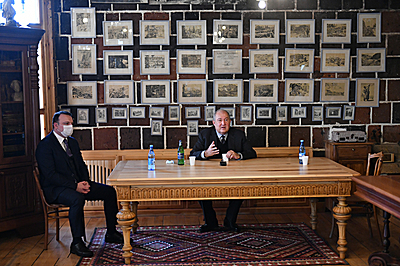 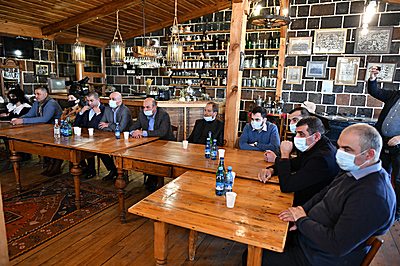 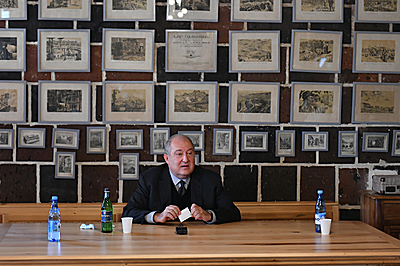 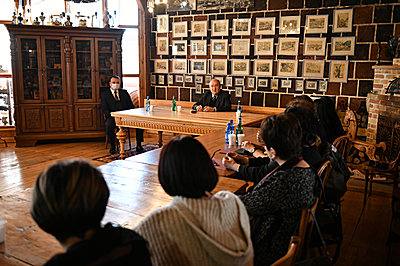 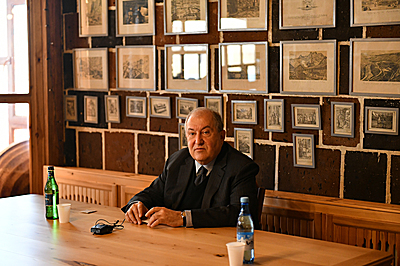 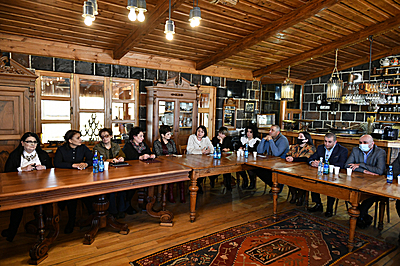 President of the Republic Armen Sarkissian met with the public representatives in Gyumri.

During the two-hour conversation, President Sarkissian and more than two dozen participants of the meeting: representatives of science, education, culture, legal, business, and public spheres, exchanged ideas on the situation in the country, presented their concerns and views, and discussed ways to resolve the current crisis.

“There comes a moment when you should try to put your feelings aside, and thinking coldly, plan what you will do tomorrow,” the President said, “When we have a great loss, emotions hamper our brain and the ability to judge healthily. But after a while, we feel that life goes on, and, no matter how difficult it is, you have to make decisions because not only your current or future conditions, but also the lives of others, your family, relatives, and friends depend upon them. In my case, it is even more; though I am not directly responsible for many issues, the burden does not become lighter. On the contrary, it is heavier as you often know the problem and how to resolve it. You even talk about it, but all the same, people do not listen to you.

The people voted and decided that we are a parliamentary state. It does not matter whether a state is presidential or parliamentary; which is good or bad is secondary. If you do not have balances and restraint mechanisms, each of them can become a simple dictatorship. It is not important what the name of that dictator is: a president, a prime minister, or a king, whatever he wants to be if there are no mechanisms of balances and restraints. And our Constitution does not have such mechanisms.”

Speaking about the current situation in the country, the President of the Republic said that we were in a deep pit, which might become deeper. “It is clear that our economic difficulties, as well as health conditions connected with the coronavirus, will aggravate. It is clear that we have a big demographic problem; if we do not solve some issues or raise hope among the people to show light at the end of the tunnel, many will leave the country. Intellectuals, especially young professionals, will leave.

The other problem is humanitarian because we have a large number of homeless people who came from Artsakh. We do not see that the relevant services are doing enough work to solve this issue.

The situation is worse than we are talking about because we have accumulated huge problems in thirty years,” the President said, “Let us think together how we got here. Today we have a huge problem with the non-functioning of state institutions. For so many years all our state institutions have been personified. How were we going to win the war if the state institutions are not able to cooperate, or normally fulfill their responsibilities, and there is no discipline?

Twenty-six years ago, we had a glorious victory. There are numerous reasons, but first of all, it is the spirit of the people, which still exists today. I met the injured soldiers with a phenomenal spirit; they did not lose the war. We won in 1994 because our volunteers soon became an army, and we were a few years ahead of the enemy in our organization and training. People like Monte, who had some experience, came from other countries. Soviet army generals, colonels, and majors came and formed an army of powerful forces of volunteers. We were ahead of the enemy for several years, that's why we won. And now we were a few years behind.

What have we done demographically in twenty-six years? Why could we not make the population of Artsakh at least half a million, if not one million? If there had been one million people, there would not have been any war because no one goes to war in the areas where one million people live. Let us think, how it happened that we had twenty-six years, and thought we had won and the problem was resolved, when the enemy was buying weapons every day, and announced that he would come and take back, and we ignored that…

We can go back to the conspiracies that the great powers did, but let us look at ourselves. If we continue like this, all our problems will be solved somewhere else, on another planet… Yes, the great powers have their interests, our task is to impose our interests.”