President Armen Sarkissian received the Minister for European Neighbourhood and the Americas at the Foreign, Commonwealth & Development Office Wendy Morton 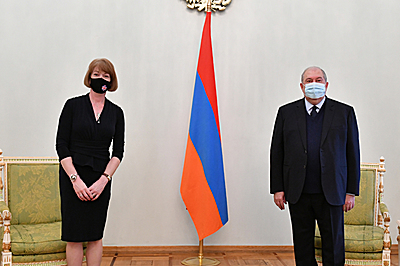 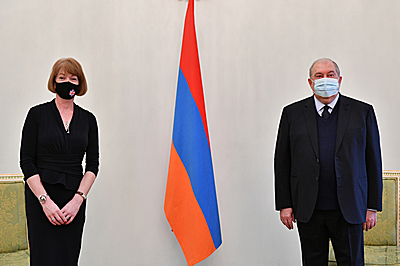 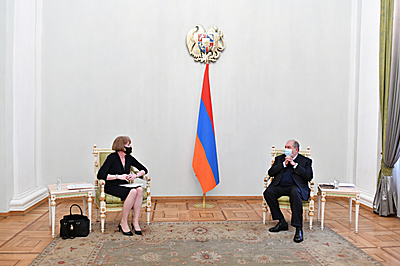 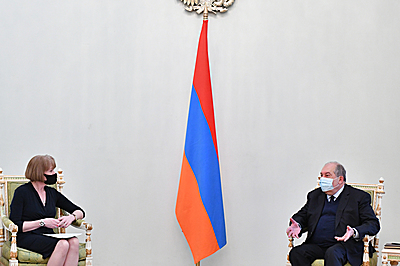 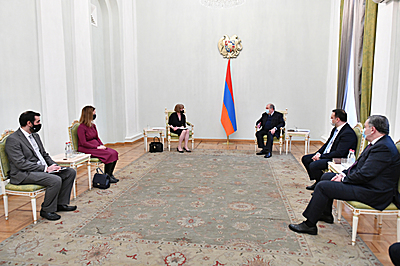 Today, President of the Republic Armen Sarkissian received the Minister for European Neighbourhood and the Americas at the Foreign, Commonwealth & Development Office Wendy Morton.

They discussed the situation after the Artsakh war, also the security and stability issues in the region. Both sides accentuated the importance of the role of the OSCE Minsk Group Co-Chairs in the final and lasting settlement of the Nagorno-Karabakh conflict. Among the humanitarian issues, President Sarkissian considered pivotal Azerbaijan’s immediate return of Armenian prisoners of war and civilians. The President touched on the preservation of Armenian historical- cultural heritage in Azerbaijani-controlled territories and some post-war issues.

They also discussed the situation with the coronavirus and cooperation between the two countries in the prevention and spread of the epidemic were also discussed. Cooperation in informational and high technologies, artificial intelligence, healthcare, science and education, energy, and other fields was also considered promising. Joint efforts in the fight against climatic changes were viewed as essential.