President Sarkissian met with the representatives of the «Heritage” party 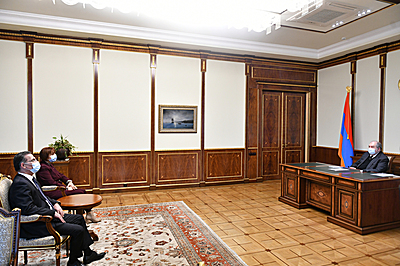 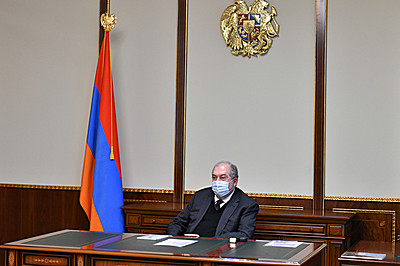 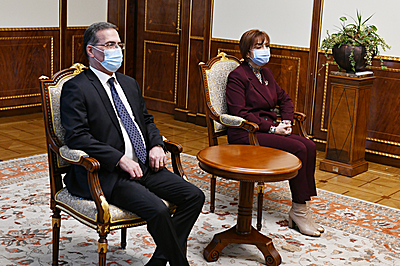 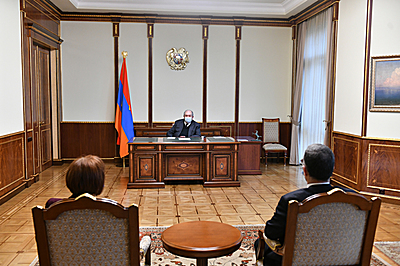 Today, within the framework of initiated discussions with parliamentary and extra-parliamentary political forces, the President of the Republic Armen Sarkissian met with Narine Dilbaryan, Chairman of the Board of the "Heritage" Party, and Rshtun Martirosyan, the Speaker of the Party.

They discussed the situation in the country, the ways to resolve it and overcome the internal political crisis.

Narine Dilbaryan presented their approaches and proposals, noting that the "Heritage" attaches importance to the formation of a transitional government of professionals before the early parliamentary elections, also to constitutional changes, and a new election code in resolving the crisis. She stressed the role of the institution of the President of the Republic as a platform for attaining mutual understanding through a dialogue as well.