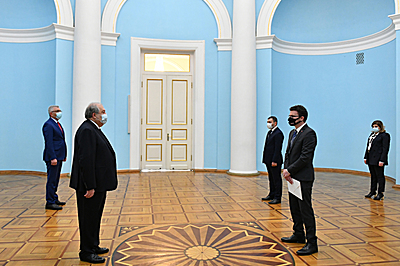 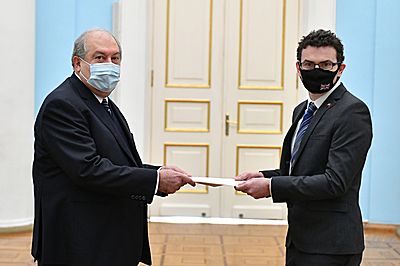 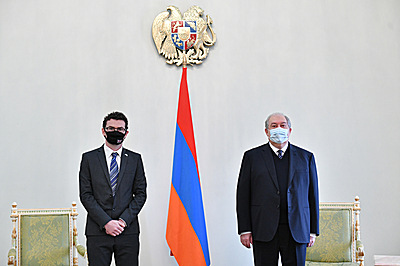 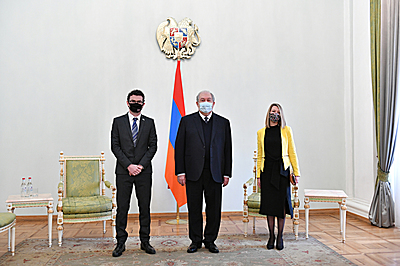 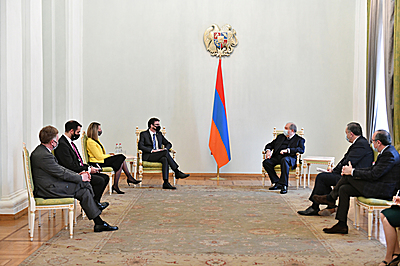 Today, the Ambassador Extraordinary and Plenipotentiary of the United Kingdom of Great Britain and Northern Ireland to the Republic of Armenia John Gallagher presented his credentials to the President of the Republic Armen Sarkissian.

The newly appointed Ambassador said he was pleased to represent the United Kingdom in Armenia, and that he and his team looked forward to working closely together to deepen and strengthen the UK-Armenia relations.

The Ambassador conveyed the greetings of Her Majesty the Queen to the President of Armenia.

President Sarkissian congratulated John Gallagher on assuming the post and expressed confidence that the newly appointed Ambassador would make every effort to further enrich and advance the Armenian-British interstate agenda.

Emphasizing the importance of using the full potential of the cooperation, President Sarkissian and Ambassador Gallagher mentioned the spheres of economy, science, education and artificial intelligence as perspective directions of cooperation. The two countries can also work together to tackle international challenges, including the coronavirus epidemic, as well as climate change.