At the “Yerablur” pantheon, the President of the Republic Armen Sarkissian paid tribute to the memory of the heroes killed during the April hostilities in 2016 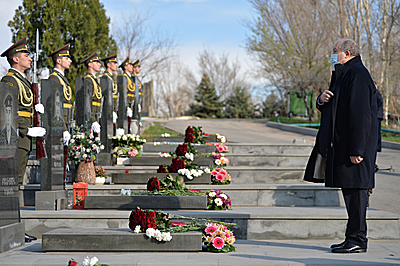 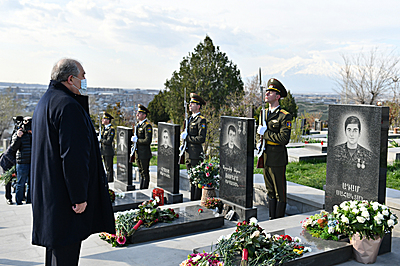 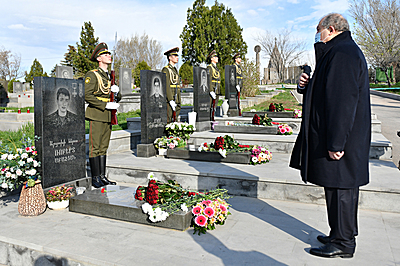 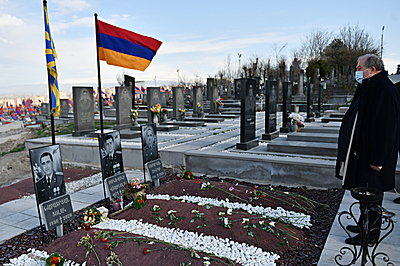 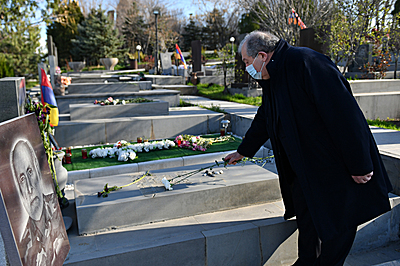 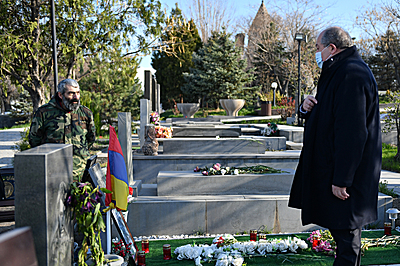 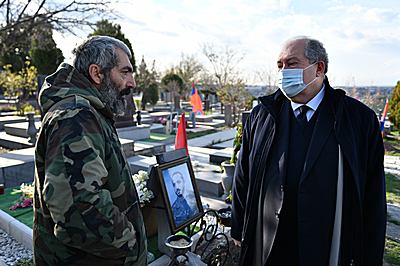 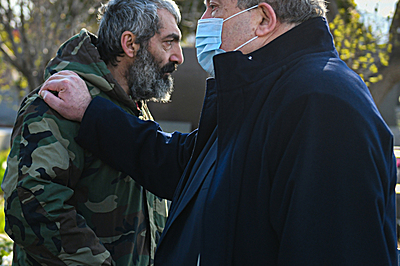 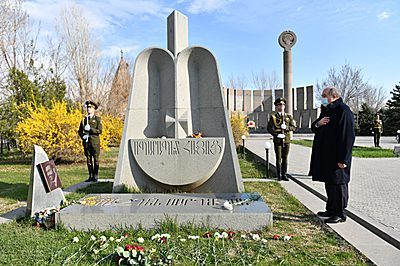 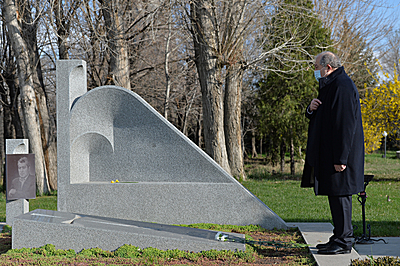 President Sarkissian laid flowers on the graves of the heroes who sacrificed their lives during the April hostilities in 2016 and the Artsakh war, and paid tribute to their memory; he also talked to the people in Yerablur, the relatives of the servicemen killed during the Artsakh war.