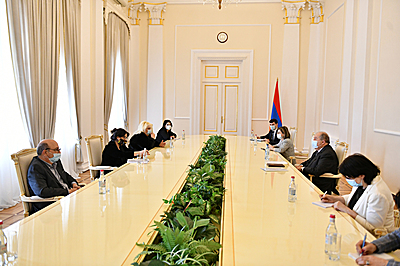 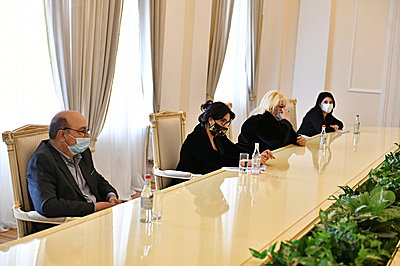 The participants of the meeting referred to the law "On Making Amendments to the Civil Code of the Republic of Armenia," adopted by the National Assembly and submitted to the President of the Republic for signing.

Immediately after the adoption of the law by the National Assembly, the Union of Journalists of Armenia issued a statement noting in particular that the proposed changes would significantly damage freedom of speech. President Sarkissian said that he was aware of the concerns of the journalistic and expert communities about the amendments to the law, and his response was to meet with the representatives of the sphere and directly hear their views once again.

The participants of the meeting presented their position and concerns on the law to President Sarkissian.

They also touched upon the current state and problems of the press and journalism.