President Armen Sarkissian met with the heads of some journalistic organizations 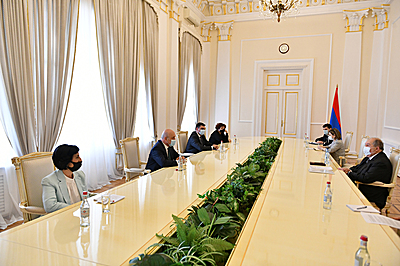 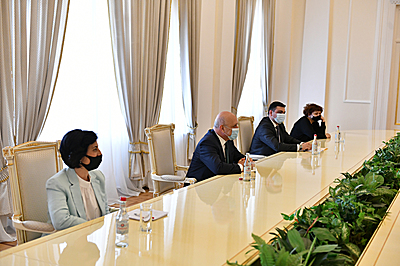 President Armen Sarkissian met with the heads of some journalistic organizations. The meeting was attended by Shushan Doydoyan, President of the Freedom of Information Centre (NGO), Nuné Sargsyan, Executive Director of the Media Initiatives Centre, Ashot Melikyan, Chairman of the Committee to Protect Freedom of Expression, and lawyer David Asatryan.

Reference was made to the law "On Making Amendments to the Civil Code of the Republic of Armenia," adopted by the National Assembly and submitted to the President of the Republic for signing.

After the National Assembly adopted the mentioned legislative amendments, the afore-said and some other journalistic organizations made a statement, noting that the new changes will significantly damage the freedom of speech and limit the possibility of objective criticism by the media.

At the meeting with the President of the Republic, the leaders of the journalistic organizations expressed concern about the legislative amendments, noting that the law contradicts with national legislation and international legal acts, and emphasizing that the envisaged changes do not resolve any systemic problems in the field.

They also expressed concern that legislative initiatives in the field were discussed and adopted without getting acquainted with the opinions and suggestions of the professional community, and moreover, without taking them into account.