Civilizational commonalities and a vision of the future with a similar system of values are a solid basis to develop a mutually beneficial partnership and supplement it with new initiatives. Official dinner in honour of the President of Armenia at the Residence of the President of Georgia 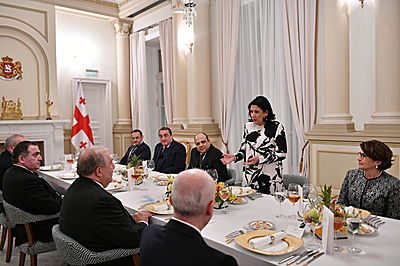 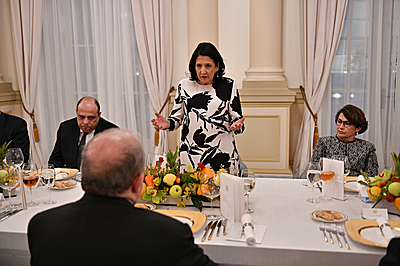 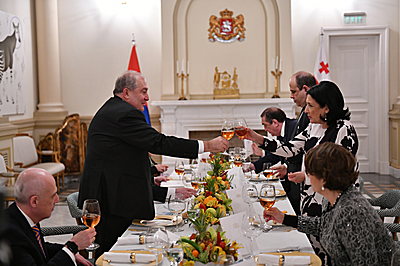 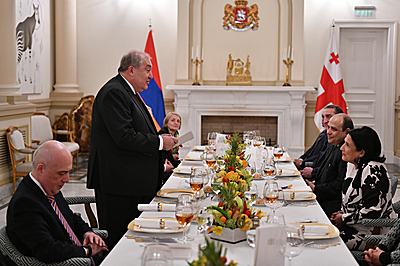 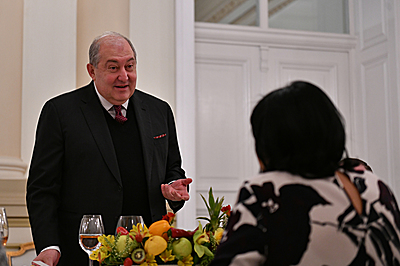 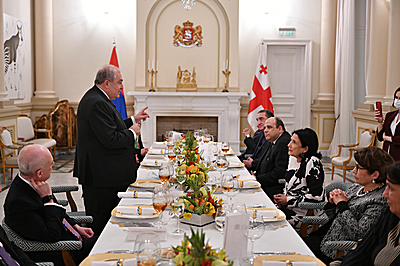 Presidents Armen Sarkissian and Salome Zourabichvili exchanged toasts, in which they referred to the centuries-old friendship between the Armenian and Georgian peoples, the Armenian-Georgian interstate relations anchored on respect and mutual trust, as well as the prospects of strengthening bilateral ties.

In his speech, the President of Armenia noted that it is pleasant to be in neighbourly and friendly Georgia. According to Armen Sarkissian, the centuries-old Armenian-Georgian relations are conditioned, on the one hand, by the creative spirit of our nations, spiritual and cultural commonalities, and on the other hand, by the need for the two Christian peoples in the region to preserve their identity, and with joint efforts to confront the regional and global challenges.

"Common history and culture are an exceptional treasure that must be valued, preserved, and passed on to future generations," said the President of Armenia, “Today as well, the historical, cultural, and civilizational commonalities that unite us and the vision of the future with a similar system of values are a solid basis to develop a partnership in most different fields and to supplement bilateral relations with new initiatives.

When talking about the Armenian-Georgian relations, one should touch upon the Armenian community living in Georgia, which, being a harmonious part of the Georgian society making its contribution to the development of Georgia, is a firm bridge between Armenia and Georgia at the same time.

Today, the preservation, development, and deepening of the achievements in our bilateral relations suppose daily consistent work and efforts in all directions. And we, as the Presidents of Armenia and Georgia, of course, must pursue our modest contribution to this cause."