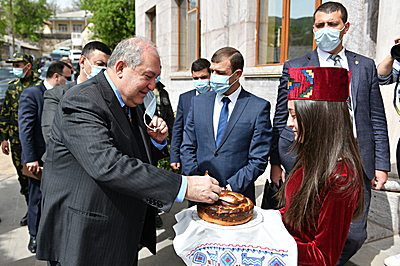 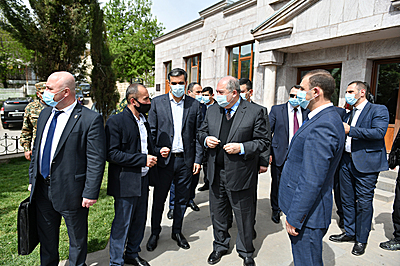 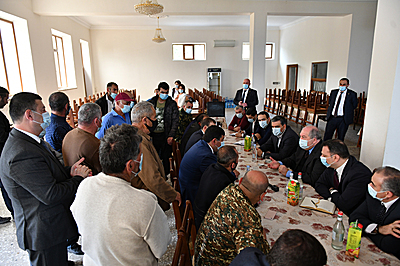 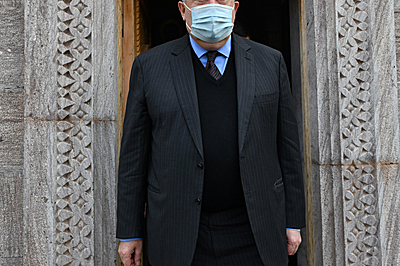 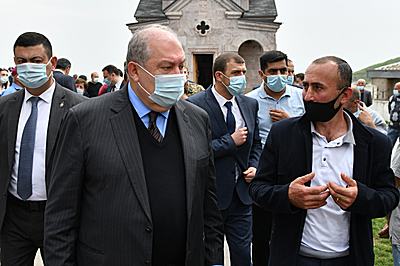 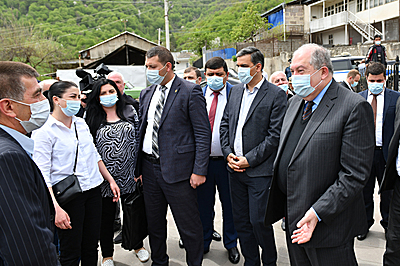 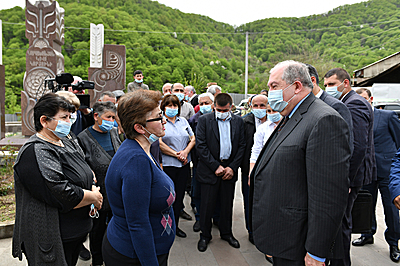 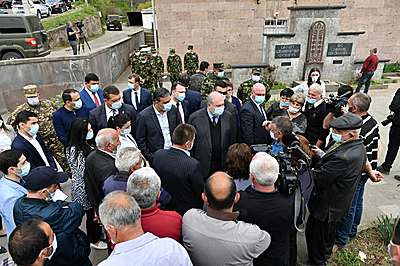 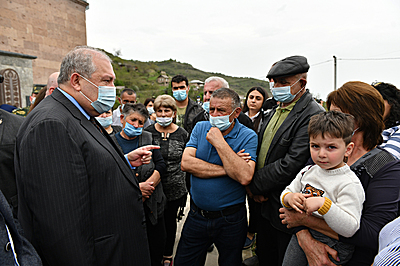 Within the framework of his working visit to Syunik, President of the Republic Armen Sarkissian, and Human Rights Defender Arman Tatoyan went to the settlement of Davit Bek, part of the enlarged community of Kapan, met with the leader of Kapan community Gevorg Parsyan, the heads of Davit Bek and Kaghnut settlements Beniamin Poghosyan and Arthur Hovhannisyan, also local residents.

They discussed issues related to the situation after the war.

Presenting the problems of their settlements, the heads of David Bek and Kaghnut considered the issue of ensuring security a priority. It was noted that significant areas of arable lands, pastures and grasslands, including privately owned ones, were under the control of Azerbaijan and residents did not have access to them. Unemployment and some other socio-economic issues were also highlighted.

Referring to the mentioned issues, President Sarkissian attached importance of creating new jobs so that people stay and live in their lands. "Think, and make proposals; you know better what kind of activities can be carried out in your communities," said the President. "If there are proposals, I will try to support, find ways and means."

President Sarkissian and the Human Rights Defender then visited the village of Chakaten, met with its residents and the administration heads of Shikahogh, Srashen, and Nerkin Hand settlements, included in the enlarged community of Kapan.

Here too, both the residents and the heads of the settlements considered the issues related to security, delimitation and pastures vital. They also stressed that currently the border communities need a lot of attention. "Armenia starts from Nerkin Hand," said one of the locals.

Responding to that observation, the President of the Republic emphasized that he fully agrees with that viewpoint and has spoken it out for many times․ "One of our problems is that we think that Armenia is Yerevan. We live in Yerevan, and we do not visit regions."

Referring to the problems presented, the President noted with regret that security was the number one issue in all the settlements he visited. Speaking about the delimitation issues, the President noted that specialists, as well as residents of the communities, should be involved in that process. "Many of you have documents that prove that this pasture, this field or that garden was your property, and you must submit those documents to the Human Rights Defender," said the President, "Apart from intergovernmental agreements, maps and all other negotiation processes, there are also human rights."

Human Rights Defender Arman Tatoyan added that their research shows that there are countries in whose demarcation and delimitation issues, priority was given to cadastral documents as its basis is the person and his rights. "We must record and show the legal violations, and illegalities, they are important for the future a well."

Answering the question about the opportunities for the residents to be supported by the Presidential Institution, President Sarkissian noted that he is ready to do everything within the scope of the Institution’s powers, and visiting the communities and being informed about the problems just on the spot pursue that aim. "There are problems that are the responsibility of the state, but there are problems that can also be solved by international organizations and through charity. There are also systemic problems. New jobs and new activities must be created so that the enemy can see that these villages are flourishing, and not being emptied," he stressed, "The welfare of the village is everyone's responsibility. You are at that front; the front is not only shooting, but also the success of a village. So, we all have something to do. Everything is in our hands, if we have order, are organized, do not deceive ourselves, do not wait with hope that someone will come and solve a problem for us.”

During the meetings, it was offered to submit the issues in a complete and formulated manner to the Office of the President of the Republic or the RA Human Rights Defender to discuss the possibilities of assistance within their competence.