President Armen Sarkissian visited the community of Shurnukh in Syunik 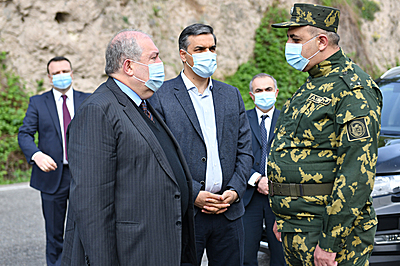 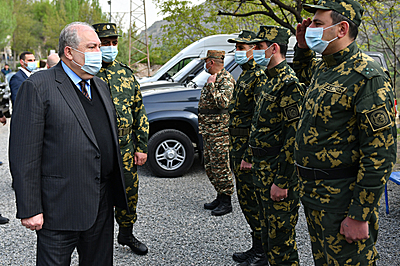 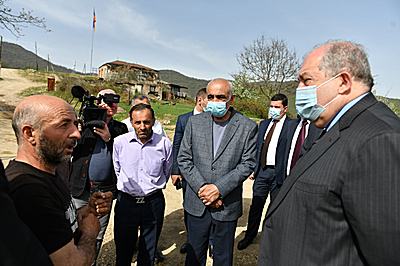 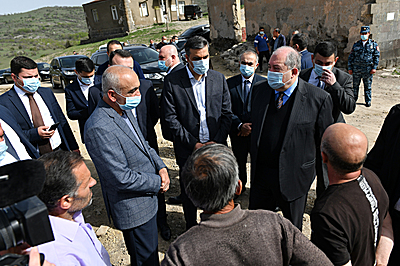 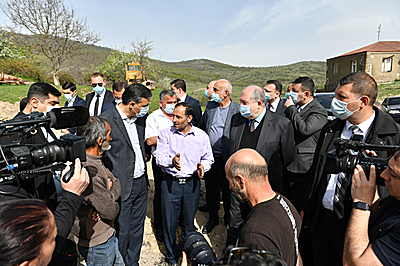 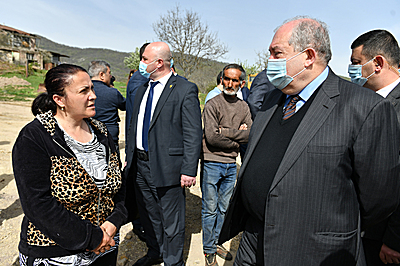 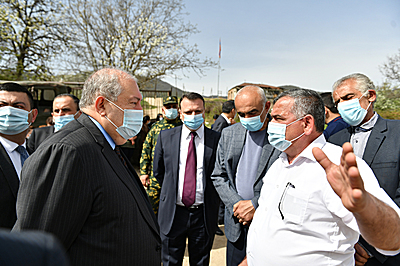 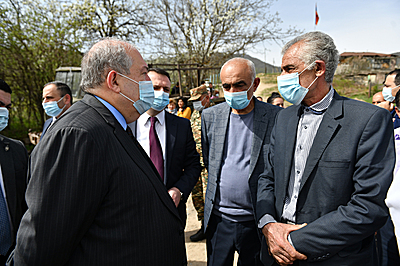 Today, within the framework of the working visit to Syunik, the President of the Republic Armen Sarkissian, and Armenia's Human Rights Defender Arman Tatoyan visited the RA NSS border check point at the beginning of the Goris-Kapan highway. The President got acquainted with the service conditions and talked to the servicemen. "You are carrying out your service in a strong position," said President Sarkissian, "Be strong and healthy. Good service to all of you."

Afterwards, President Sarkissian and the Human Rights Defender visited Shurnukh community, met with the heads and residents of Shurnukh and Vorotan settlements.

The President got acquainted with their current problems, especially the issues related to security and proper delimitation. Eleven houses in the village of Shurnukh went under the control of Azerbaijan. The construction of a new residential quarters has started in the village, the location of which, however, is not quite favourable, in the residents’ opinion.

The people of Shurnukh considered the fact that they got deprived of cattle-breeding, their only source of income, a vital issue. After the war, the village became deprived of pastures, which are now under the control of Azerbaijan. Besides, the animals go to those territories and are not returned, which causes additional problems.

Responding to the issues raised by the people of Syunik and emphasizing the importance of security, employment, and social problems, the President of the Republic suggested that the heads of Shurnukh and Vorotan settlements should discuss the matters in detail with the Office of the President to show support within the powers of the Presidential Institution.