To face the challenges, we must be ready for daily hard work. President Armen Sarkissian received the Minister of Defense of Cyprus 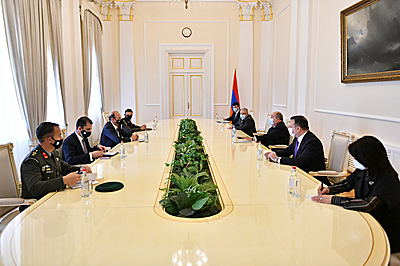 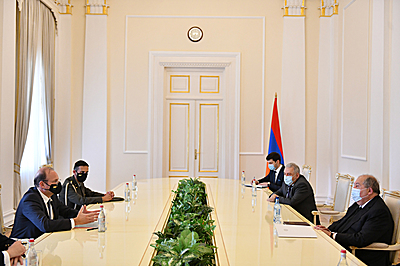 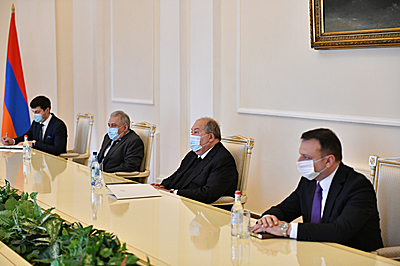 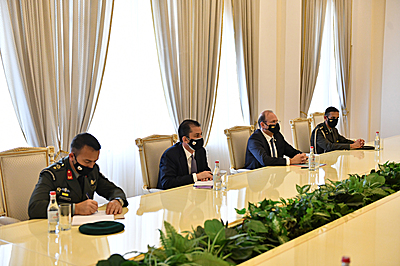 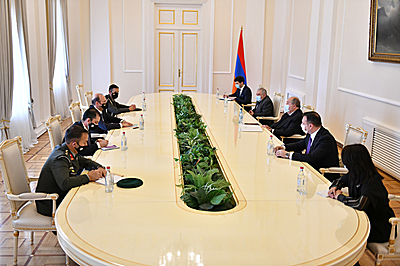 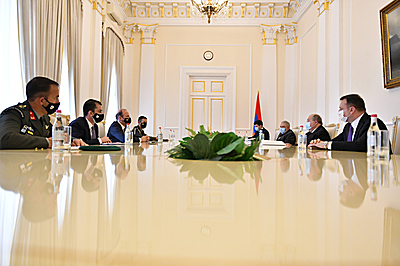 Today, President Armen Sarkissian received the Minister of Defense of the Republic of Cyprus Charalambos Petrides and the delegation led by him.

The Minister of Defense of Cyprus noted that it is an honour for the Armenian people to be in Armenia on this important day and have an opportunity of paying tribute to the memory of the victims of the Armenian Genocide. "We have been to the Genocide Memorial, and we are impressed. We share the pain of the friendly Armenian people and express our support," said Minister Petrides.

President Sarkissian thanked Minister Petrides and the members of the delegation for visiting Armenia on the most important day for the Armenian people and for being by the side of our people. "For our people, this is a day of remembrance of a great tragedy, the Armenian Genocide. You are the people who understand us best. We must not only support each other but also learn from the lessons of the past and deepen our cooperation."

The President welcomed the steps taken to develop cooperation between the Defense Ministries of Armenia and Cyprus, emphasizing that in order to face the challenges, one must be ready for daily hard work.

President Sarkissian also referred to the war against Artsakh unleashed by Azerbaijan with the support of Turkey and its consequences. Speaking about humanitarian issues, he stressed that months after the war, Azerbaijan ontinues to detain Armenian prisoners of war and civilians, violating all norms of international law.

During the meeting, the President of Armenia and the Minister of Defense of Cyprus also exchanged views on the regional security issues.