The Armenian and Lebanese peoples have more than on common denominator. President Armen Sarkissian received Vartine Ohanian, the special representative of the President of Lebanon 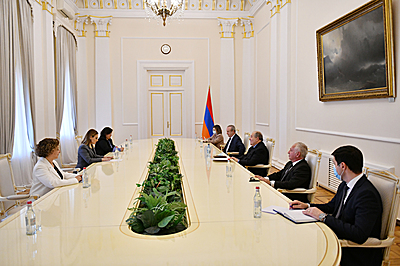 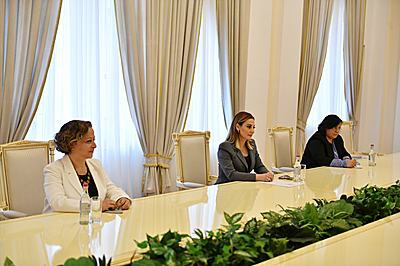 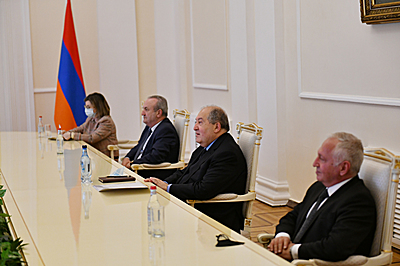 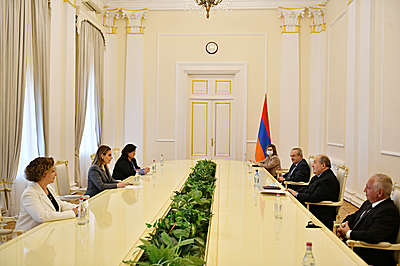 Today, President Armen Sarkissian received the special representative of President of Lebanon, General Michel Aoun, Minister of Youth and Physical Education of Lebanon Vartine Ohanian, who represented the Lebanese President at the ceremonies, commemorating the Armenian Genocide on April 24 in Armenia.

"It is pleasant to receive the representative of the President of a friendly country; it is more pleasant that she is Armenian," said President Sarkissian.

The letter particularly says: "The Armenian and Lebanese peoples have more than one common denominator, especially in torment, sacrifice, and suffering. You were killed by the sword, we were killed by famine and blockade, and the culprit is one. On this path, for the sake of humanity, we unitedly reject falsehood, destruction and concealment of the truth.

The Lebanese-Armenian relations strengthened, especially on the human level, when early in the last century, in a painful period of history, hundreds of thousands of Armenians, having become the target of massacres organized against the Armenian people, settled down in Lebanon They became essential components of our homeland, effectively contributing to its political life, social and cultural upsurge.

Many of them became famous as ministers, deputies, doctors, craftsmen, artists, journalists, businessmen, scientists,and intellectuals. They showed complete loyalty to Lebanon, not giving up their attachment to Armenia, which is closely connected with their blood, religion, culture and history.

The aspirations of our peoples to forge better relations have been embodied in private meetings, visits, and exchanges of experience, complemented by constant coordination of positions and attitudes in international, in particular Asian, parliamentary instances, for the sake of the interests of our peoples. This expresses our commitment to justice, peace, and human rights. At the same time, Lebanon emphasizes the sovereignty of Armenia and the importance of respect for its territorial integrity.

Let's make the world free from the feeling of majority and minority existence. We all depend on each other, and we are all brothers, as we face common challenges together, and each of us suffers in a way from the consequences.”

President Armen Sarkissian expressed his gratitude to the President of Lebanon and the friendly people of Lebanon. "We are grateful that Lebanon is with us today in its efforts to condemn and prevent the crime," he said. Emphasizing that Lebanon warmly welcomed the Armenians who survived the Genocide and provided an opportunity to live, create, and preserve their identity and national image, the Armenian President noted with satisfaction that the grateful Armenians have had their significant//great contribution and continue to have in various spheres of Lebanese life. "They are worthy citizens of Lebanon, and Mr. Minister is the best evidence of that," said President Sarkissian.

The meeting also touched upon the Armenian-Lebanese bilateral relations and the Lebanese-Armenian community.