We must strive to make Armenia a progressive and strong country. President Armen Sarkissian hosted the parliamentary delegation of France 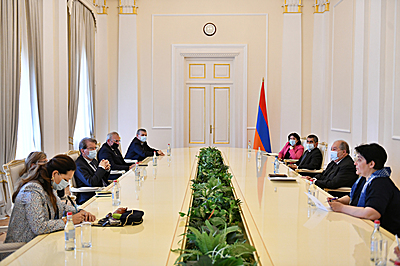 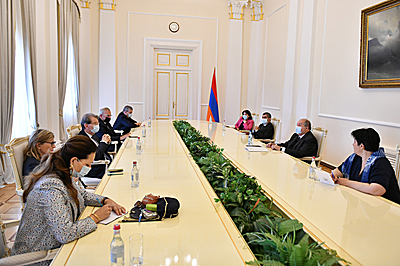 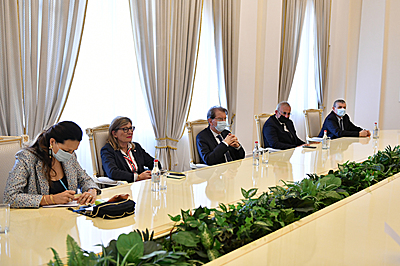 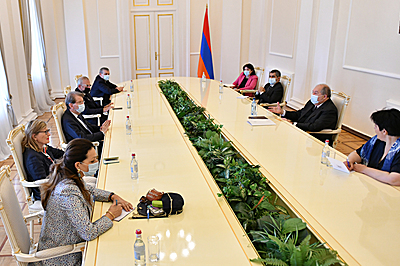 Welcoming the guests, President Sarkissian particularly said. "I am glad that you visited Armenia, I am happy twice as much, and I know that you are good friends of Armenia."

Vice-Chairman of the France-Armenia Friendship Group of the French National Assembly and Chairman of the France-Artsakh Friendship Circle Guy Tessier said that his colleagues and he had been friends of Armenia and Artsakh for many years, and their delegation could have been larger as Armenia has a lot of friends in France. In the Senate and National Assembly of France, the adoption of resolutions on the necessity to recognize the Artsakh Republic is the result of the struggle they have been waging for many years.

Guy Tessier noted that during the war, they understood and shared the pain and suffering of the Armenian people, as France is a country that has seen many wars in its history, passed through difficult trials, and suffered millions of losses.

The representatives of the French parliamentary delegation presented their impressions of the visit. They emphasized the importance of talking about the war, and its aftermath, its belligerent and inhuman nature, of revealing and speaking out what happened in front of the international community.

The French parliamentarians stressed that they would continue to support Armenia and Artsakh.

The President of the Republic thanked the French deputies for their activities, noting that the friendship between France and Armenia is multi-vector. It embraces the history of the two peoples, their values, culture and separate individuals who made built and are making that history. According to President Sarkissian, in the 21st century, strength and power are connected with the development of modern technologies, education, and science; therefore, joint efforts should be made for Armenia to become a progressive, and strong country.