Armenia and Japan could do more in several spheres to expand bilateral relations. The Ambassador of Japan presented his credentials to President Armen Sarkissian 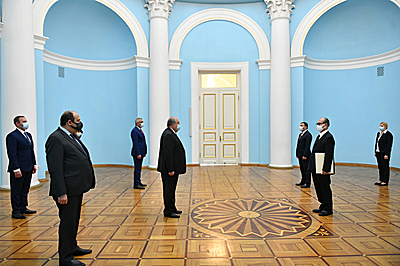 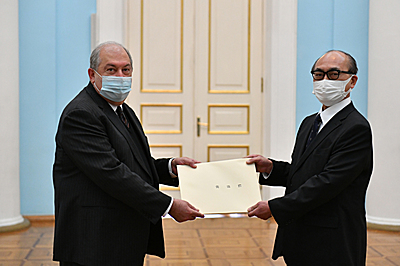 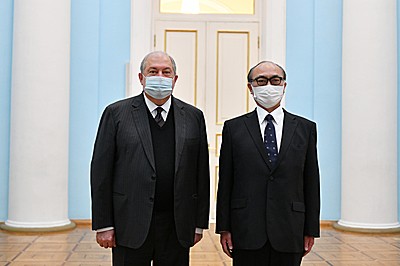 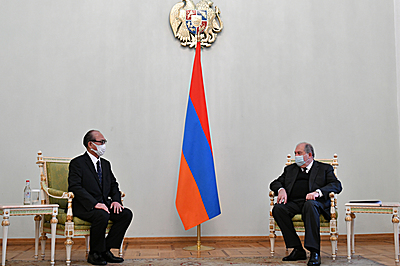 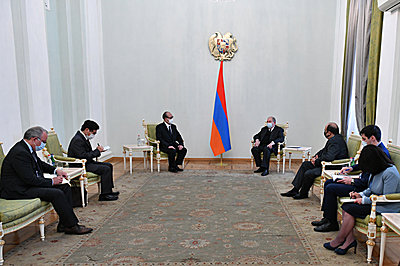 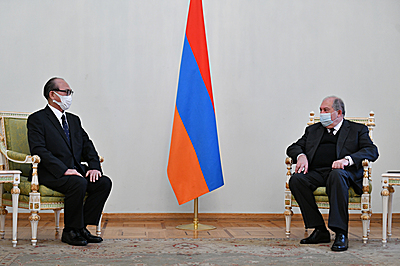 Today, the newly appointed Ambassador Extraordinary and Plenipotentiary of Japan to the Republic of Armenia Fukushima Masanori presented his credentials to the President of the Republic Armen Sarkissian.

The President of the Republic congratulated the newly appointed Ambassador and wished him success in his responsible work. He noted that he fondly remembers his visit to Japan to celebrate the emperor's enthronement and asked to convey his greetings to Emperor Naruhito.

President Sarkissian emphasized that Armenia attaches importance to deepening relations with Japan; he added that the two countries could do more to expand bilateral relations in several spheres. The President noted that there is a great potential for mutually beneficial cooperation, particularly in the fields of energy, including nuclear energy and nuclear safety, high technologies, education, and culture.

Ambassador Masanori noted that diplomatic service in Armenia is an honour to him. He expressed confidence that despite the difficulties of war and pandemic, Armenia will follow the path of development, and Japan is ready to support friendly Armenia. He assured that he would make every effort to deepen the bilateral relations.