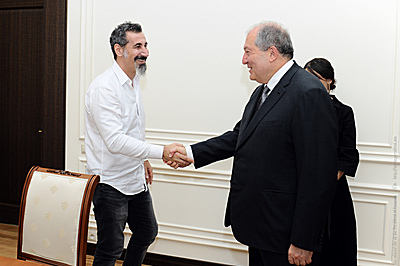 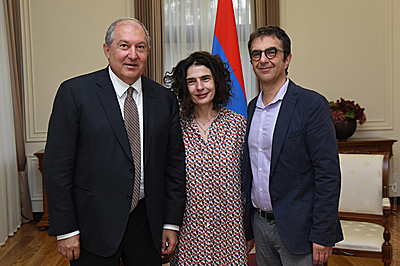 President Armen Sarkissian sent messages of thanks to Serj Tankian, the founder of the group System of the Down and organization Axis of Justice, Canadian-Armenian film-maker and director Atom Egoyan, and his wife, actress and producer Arsinée Khanjian for their efforts in the cause of international recognition of the Armenian Genocide.

In his message to Serj Tankian, President Sarkissian thanked him for his public and national activities. "As a result of your efforts as well, the process of international recognition of the Armenian Genocide is gradually becoming wider and more influential."

In the message addressed to Atom Egoyan and Arsinée Khanjian, the President considered their efforts aimed at the international recognition of the Armenian Genocide in parallel with their cultural activities. "We will achieve the final victory of the truth if we are strong, united, and determined to use all our opportunities."