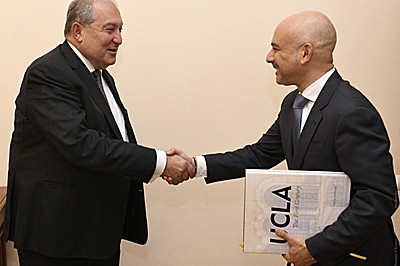 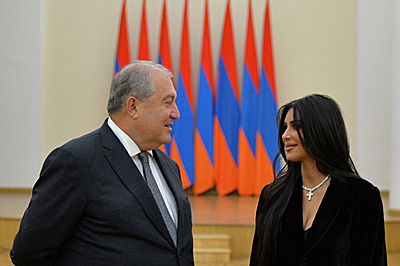 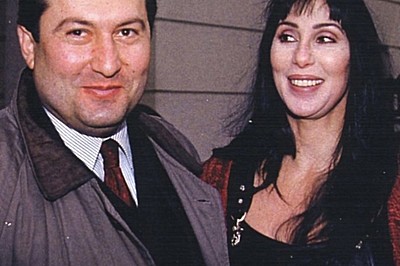 The President of The Republic Armen Sarkissian sent letters of thanks to the renowned American-Armenian physician Eric Esrailian, co-director of the David Geffen School of Medicine at UCLA, producer of the Hollywood film The Promise about the Armenian Genocide, American-Armenian TV star Kim Kardashian and famous singer Cherilyn Sarkisian, expressing gratitude for their contribution in the international recognition of the Armenian Genocide.

In his letter to Erik Esrailian, President Sarkissian particularly mentioned the impact of the film The Promise. "I want to commemorate Kirk Kerkorian's devotion, his sense of duty and faith, which helped implement a number of projects and initiatives, including the shooting of The Promise. The film had outstanding scores and had a big impact on the awareness raising on the Armenian Genocide. Without a doubt here Kirk’s influence played an important role.

Together, we should think how to commemorate Kirk’s tremendous legacy and capitalize on his sincere patriotism. Thanks, Eric, for your efforts, tireless commitment, and for keeping the Promise.”

In his letter to Kim Kardashian, President Sarkissian noted, in particular: “You and your family’s impact is huge not only in the US but worldwide, and it was fantastic to see how your influence and actions played an important role in an international recognition of the Genocide. Thank you for your tireless efforts, sincere devotion and commitment.”

In his letter to Cherilyn Sarkisian, President Sarkissian emphasized that the singer had always been among the prominent figures fighting against genocide denial: “Your influence played an important role in the international recognition of the Armenian Genocide. When we combine our efforts and transform our vision into real and measurable actions, the outcome is always tangible. I hope to see you again in Armenia as years ago.”