President Armen Sarkissian sent letters to the heads of Armenian organizations in the Diaspora, thanking them for their contribution to the international recognition of the Armenian Genocide 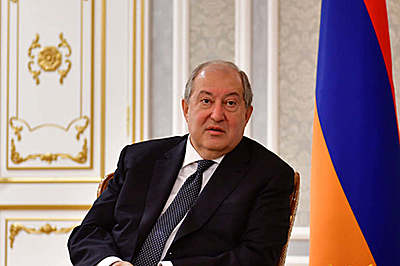 In his letter to Hagop Der-Khatchadourian, Chairman of the ARF Dashnaktsutyun Central Council and ARF Dashnaktsutyun Bureau Representative, President Sarkissian emphasized that their hard work over the years had also contributed to the passage of the resolution on the Armenian Genocide by both houses of the US Congress in 2019, which was a significant haven in the recognition and condemnation of the Armenian Genocide. "The consistent work of the ARF Dashnaktsutyun in the Diaspora, especially in the United States, aimed at the national preservation and realization of national goals, deserves the greatest respect and appreciation. I am confident that from now on you will continue to be guided by national interests, with a deep understanding of the difficult mission of bringing justice to its final haven.”

In his letter addressed to the President of the Armenian General Benevolent Union Perch Sedrakyan, President Sarkissian particularly highly assessed the Union's activities beneficial to the homeland and nation. "Loyal to the contribution of the AGBU founders, who in the early days of the Armenian Genocide devoted all their energy and resources to help the survivors of massacres and persecution, the AGBU has always stood for all-national goals in Armenia, Artsakh and worldwide, including the United States. You always keep the fire of preserving the Armenian spirit and identity bright, which proves that the AGBU is firm in its goals and faithful to its principles."