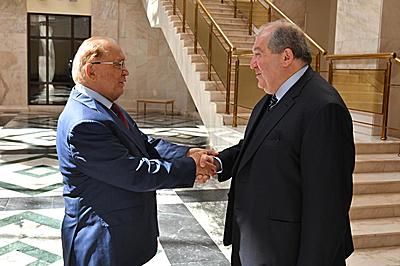 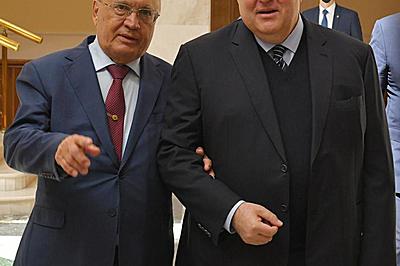 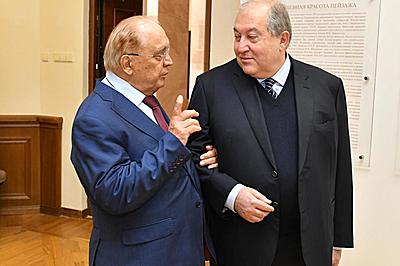 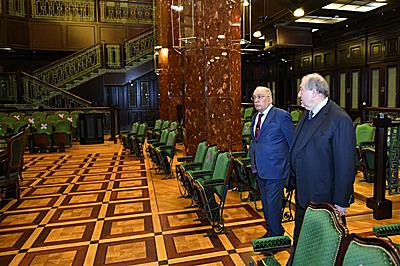 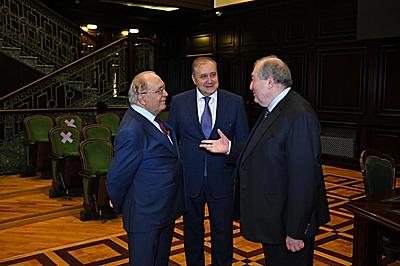 The President of the Republic Armen Sarkissian, who is in Moscow on a working visit, met with Victor Sadovnichi, the Rector of the Lomonosov Moscow State University.

Noting that the Moscow State University is his home, President Sarkissian said that he was glad to be back in a place where he had many working contacts years ago as a student, scientist, and lecturer.

The interlocutors touched upon the Armenian-Russian cooperation in the spheres of education and science, considering its continuous development and deepening important.

They stressed that in the modern world, the combination of forces keeping pace with the rapid progress of science has become imperative. In this regard, it is essential to preserve the rich traditions of cooperation between Armenia and Russia and make more effective use of the existing potential.

The President of Armenia and the Rector of the Moscow State University reached a preliminary agreement on cooperation between the MSU Development Fund, some university scientific centres, and the ATOM Presidential Initiative for Technology Development in Armenia. In particular, the implementation of joint projects in the field of artificial intelligence, modern technologies, and some other areas was assessed as promising.