Armenia expects a more active and targeted response from international partners. The Ambassador of Montenegro presented her credentials to President Armen Sarkissian 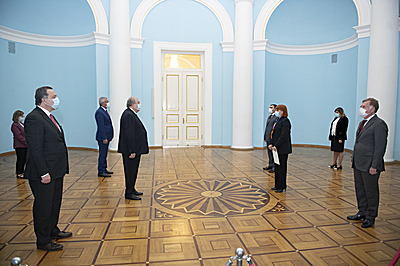 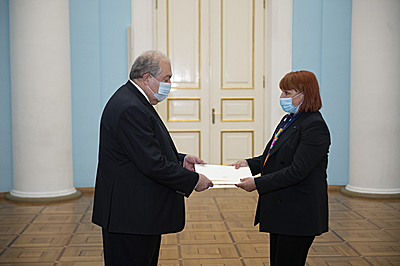 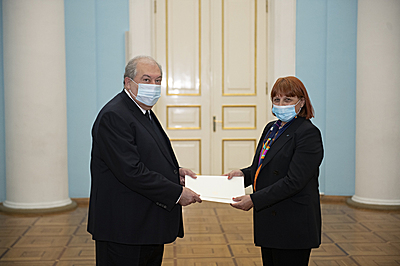 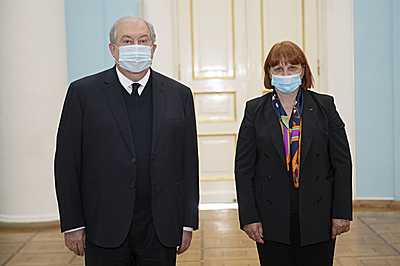 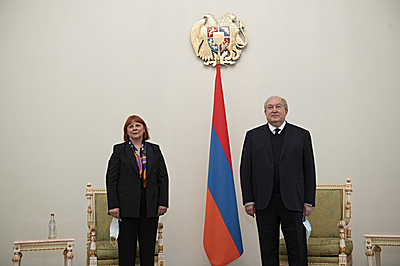 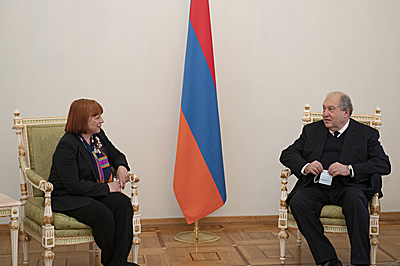 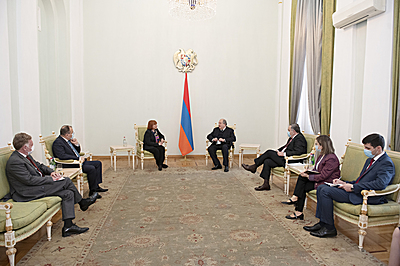 Today, the newly appointed Ambassador Extraordinary and Plenipotentiary of Montenegro to the Republic of Armenia Dragica Ponorac (residence in Kiev) presented her credentials to President Armen Sarkissian.

Noting that she is glad to represent her country in Armenia, the newly appointed Ambassador said that the two countries have traditionally friendly relations, and she, in her turn, will make every effort to strengthen them and advance the Armenian-Montenegrin agenda.

President Sarkissian congratulated Ambassador Ponorac and wished her success. The President conveyed his greetings to the President of Montenegro Milo Djukanovic, whose planned official visit to Armenia was postponed due to the coronavirus, and expressed hope that it would take place as soon as possible.

President Sarkissian and the Ambassador exchanged views on the prospects of cooperation between the two countries, and stressed the importance of specifying the areas of common interest. Tourism and high technologies were mentioned as priority areas with great potential for cooperation.

The President of Armenia touched upon the post-war challenges facing our country, the urgent humanitarian issues, and in particular, stressed the need for the immediate return of all Armenian prisoners of war and civilians, illegally detained and deprived of liberty by Azerbaijan.

The President also referred to Azerbaijan's encroachments on the territorial integrity of the Republic of Armenia. The President of Armenia noted that our country expected international partners and community to give a more active and targeted response to these issues.