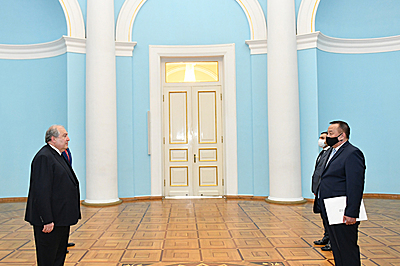 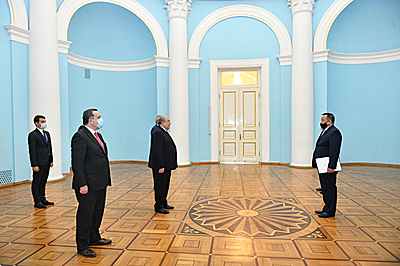 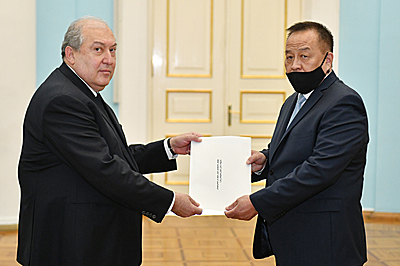 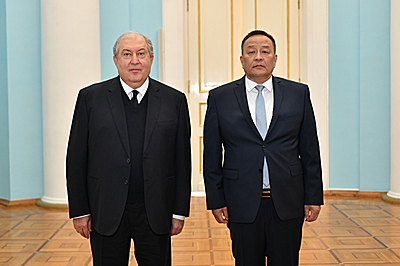 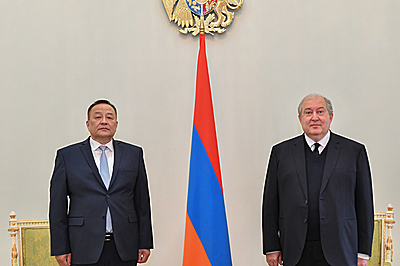 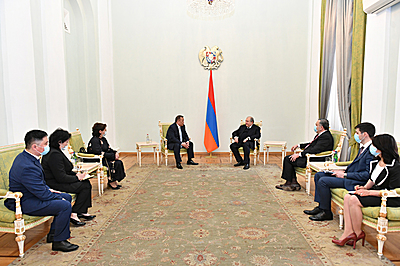 Today, the newly appointed Ambassador of Mongolia to Armenia Dulamsuren Davaan (residence in Moscow) presented his credentials to the President of the Republic Armen Sarkissian.

The President of the Republic congratulated the newly appointed Ambassador and wished him success in his further work.

President Sarkissian and the Ambassador touched upon the prospects of developing the Armenian-Mongolian relations. Taking into account that the two countries had good traditions of cooperation, particularly in the fields of education and science, both sides attached importance to deepening cooperation in those spheres, as well as in the most promising areas of information and high technologies.

Ambassador Dulamsuren Davaan noted that Mongolia is interested in developing relations with Armenia, and emphasized that he is ready to contribute to the deepening of ties between the two countries.