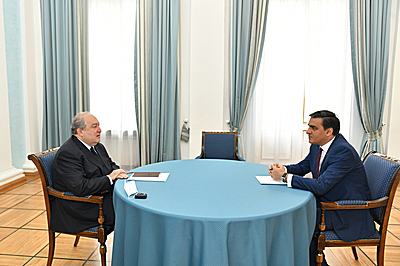 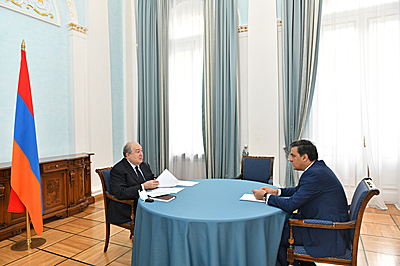 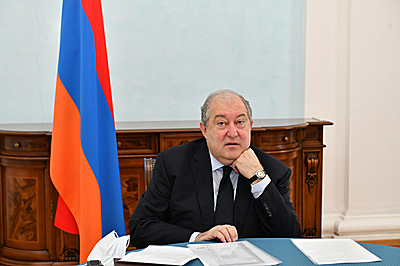 The President and the Human Rights Defender discussed the situation on the Armenian-Azerbaijani border.

Arman Tatoyan presented the President of the Republic the results of the fact-finding activities of the Human Rights Defender's Office in Gegharkunik and Syunik marzes, emphasizing that Azerbaijani servicemen's illegal presence in the sovereign territory of the Republic of Armenia is a clear violation of the rights of the entire population. In particular, he noted that the concept of a security zone implemented along the border with Azerbaijan, especially around Syunik and Gegharkunik, will create a real opportunity of protecting and securing the citizens' rights.

The President and the Human Rights Defender attached importance to implementing active state measures for the protection of the security and rights of Armenia's population, as well as to the active cooperation with international partners to prevent illegal actions and further similar manifestations of the Azerbaijani armed forces.