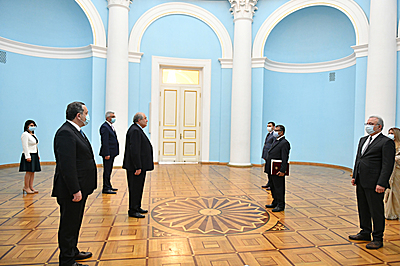 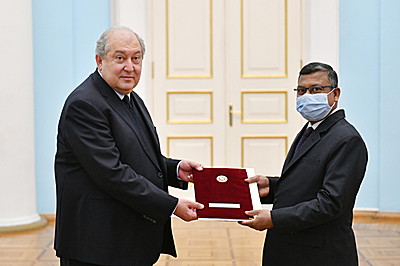 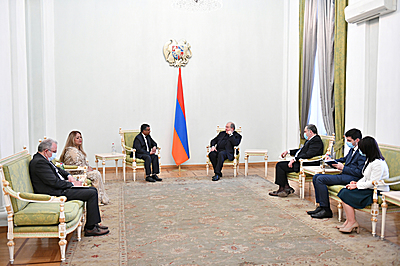 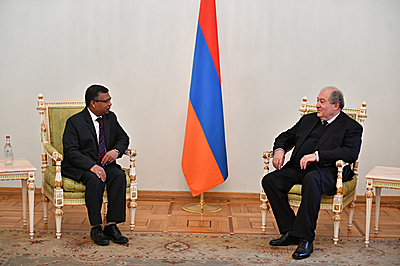 Today, the newly appointed Ambassador of the People's Republic of Bangladesh to the Republic of Armenia, Gousal Azam Sarker (residence in Tehran), presented his credentials to President Armen Sarkissian.

Congratulating the newly appointed Ambassador, President Sarkissian expressed confidence that his activities will contribute to the development of bilateral cooperation.

During the meeting, they spoke about the promotion of trade and economic ties between the two countries, also the opportunities for cooperation in the fields of education and culture.

Ambassador Gousal Azam Sarker stressed that he would make every effort to develop relations between the two historically friendly peoples, noting that the centuries-old Armenian presence in Bangladesh is a good basis for deepening economic relations.