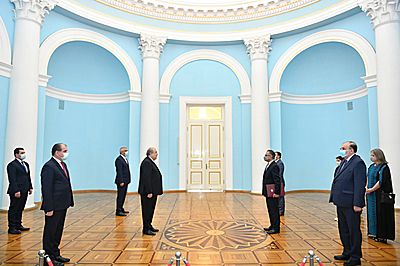 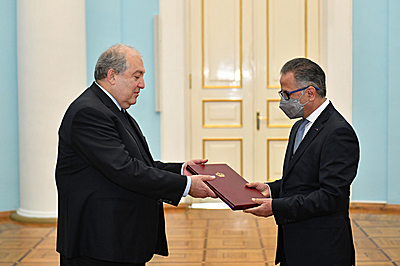 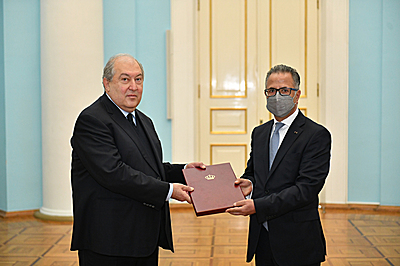 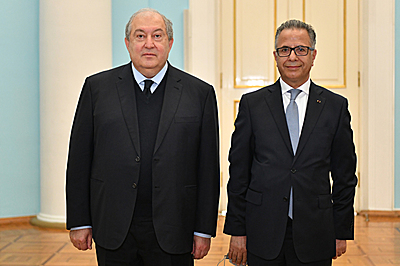 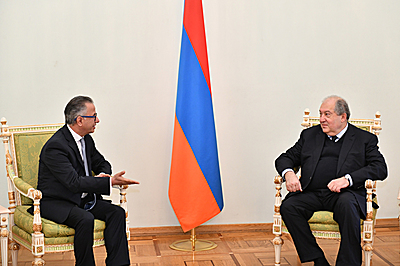 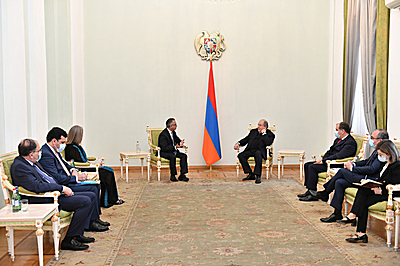 Today, the newly appointed Ambassador of the Hashemite Kingdom of Jordan to the Republic of Armenia, Khaled Shawabkah (residence in Moscow), presented his credentials to President Armen Sarkissian.

Congratulating the Ambassador and wishing him success, the President said that he expects active joint work to expand and deepen relations between the fraternal countries.

The newly appointed Ambassador conveyed the best wishes of King Abdullah II ibn al-Hussein al-Hashimi of Jordan to the President of Armenia and the Armenian people.Ambassador Shawabkah assured that he would make every effort to further strengthen and deepen the relations between the friendly countries. He noted that the excellent relations between the President of Armenia and the King of Jordan are a good basis to advance bilateral cooperation.

They spoke of promoting bilateral cooperation in various fields, noting immense opportunities for effective cooperation in technologies, tourism, and education.

The President of Armenia referred to the post-war challenges facing our country and Azerbaijan's ongoing encroachments on the territorial integrity of Armenia, noting that they are a clear violation of international law and should meet with the most resolute counteraction from the international community.