I would like to see much deeper and more comprehensive cooperation between our two countries. The meeting of the Presidents of Armenia and Kazakhstan took place in Nur-Sultan 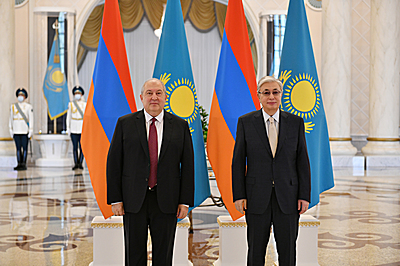 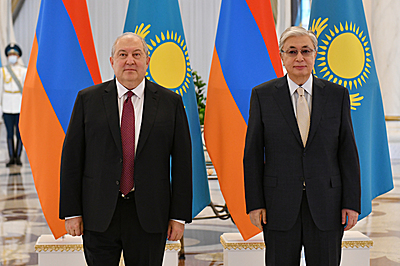 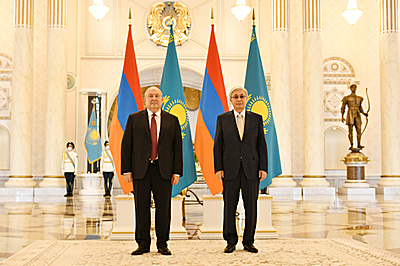 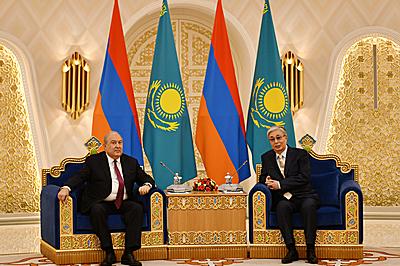 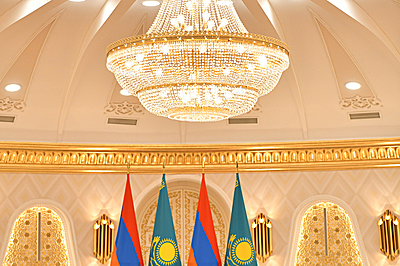 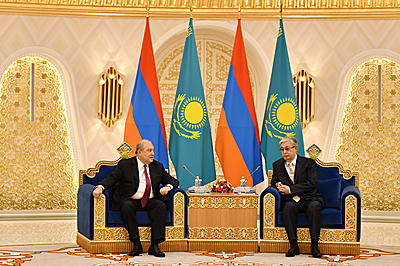 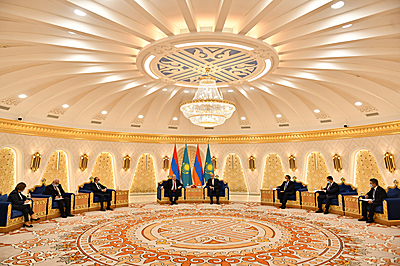 Welcoming the President of Armenia, President Tokayev particularly said that though his visit was a working one, it was of great importance, as it would be an additional impetus for cooperation between the two countries. "Armenia is a friendly country for us. Relations and cooperation between our countries are based on traditions," said the President of Kazakhstan, "Naturally, we are interested in this cooperation not to remain in its place, that is why the governments of our countries and relevant departments are working to achieve this goal.

We work and interact within such an essential integrational structure as the Eurasian Economic Union. We are members of the Collective Security Treaty Organization (CSTO), and we closely interact within the Commonwealth of Independent States (CIS), in the United Nations (UN), the Organization for Security and Cooperation in Europe (OSCE), and other structures. I think all this should have a positive continuation."

Expressing gratitude for the hospitality, President Sarkissian particularly said. "For me, visiting Kazakhstan is, in a sense, a visit to friends. As you mentioned, our peoples and in recent years our states have amicable, deep, and long-standing relations.

The Presidents of Armenia and Kazakhstan continued the discussions in a tête-à-tête format, its core being bilateral relations and issues of the situation in the region.