Armenia and Kazakhstan have a lot in common and great potential for joint programs. President Armen Sarkissian met with the Speaker of the Lower House of Parliament 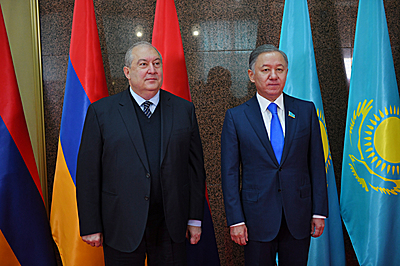 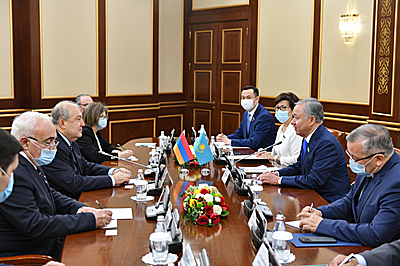 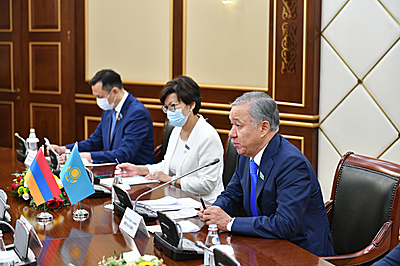 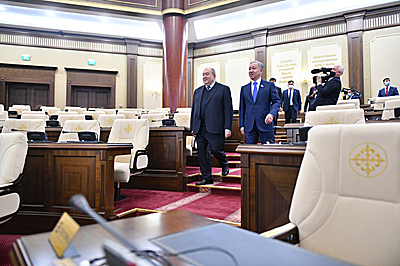 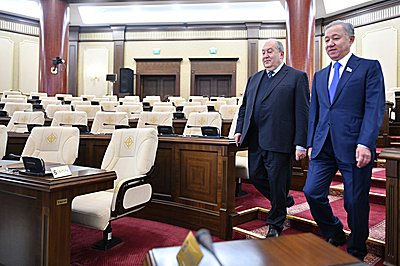 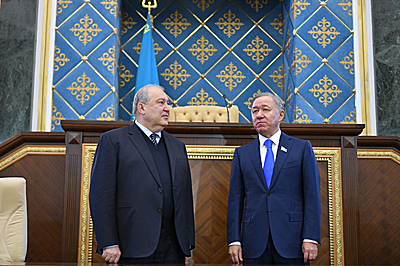 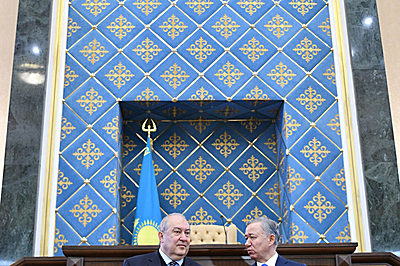 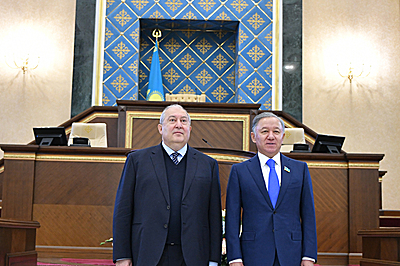 Noting that the current year is significant for Armenia and Kazakhstan, as it marks the thirtieth anniversary of independent statehood of the two republics, the Chairman of the Mazhilis emphasized the importance of expanding fruitful cooperation for the benefit of both countries and peoples.

According to the Chairman of the Mazhilis, the implementation of the agreements reached during yesterday’s meetings of President of Armenia Armen Sarkissian with the President of Kazakhstan Kassym-Jomart Tokayev, as well as the first President Nursultan Nazarbayev, would contribute to the strengthening of the Armenian-Kazakh multilateral cooperation and political dialogue. He assured that the Kazakh parliamentarians would play their role in that cause.

Speaking about the inter-parliamentary relations, the Chairman of the Mazhilis of Kazakhstan singled out the close cooperation of the Armenian and Kazakh parliamentarians in the EEU, CIS, CSTO, and other structures.

Emphasizing that Kazakhstan, as one of the founders of the Eurasianism movement, is a very close partner for Armenia in the CSTO, the EEU, and is actively involved in all issues, Armenian President Armen Sarkissian once again noted that although on the map Armenia and Kazakhstan are physically far away, the two countries have a lot in common and great potential for joint projects.

The President of Armenia and the Mazhilis Speaker of Kazakhstan discussed the agenda of bilateral and multilateral relations. Noting that early parliamentary elections will be held in Armenia this month, President Sarkissian expressed confidence that the new Parliament and Government will contribute to the development of Armenian-Kazakh relations.