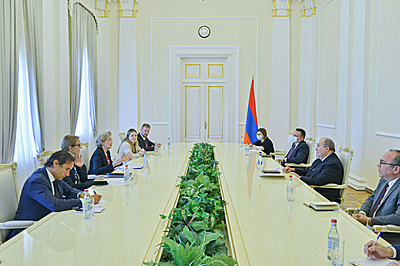 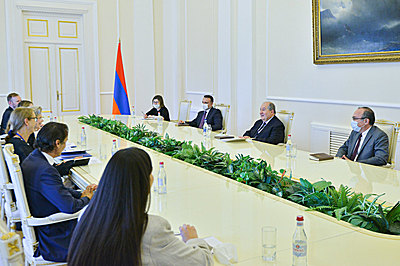 The President of Armenia highly appreciated the quick response of the OSCE Parliamentary Assembly to monitor the June 20 early parliamentary elections.

The monitoring delegation members presented to the President of the Republic the mandate of their mission and observations on the electoral process.

Stressing that the election campaign has reached its peak, and there is tension in the domestic political atmosphere, the President of the Republic said that the parties and blocs participating in the elections should show maximum responsibility, restraint, and tolerance.

Giving due weight to public solidarity and stability in the country, President Sarkissian considered the calls of hatred or enmity, especially violence and threats, impermissible and unacceptable, noting that the political forces and figures should refrain from such actions.

The interlocutors noted that they expect fair, free, and transparent elections.