President Armen Sarkissian received the FA Ministers of Austria, Lithuania, and Romania, who are on a regional visit to Armenia 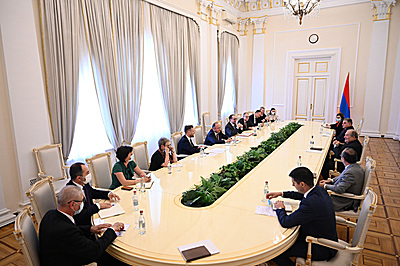 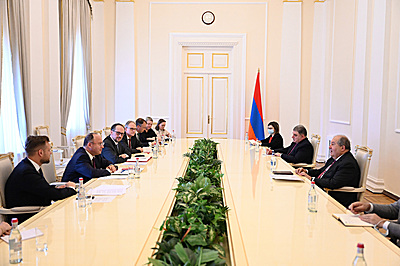 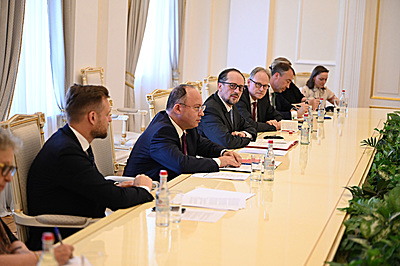 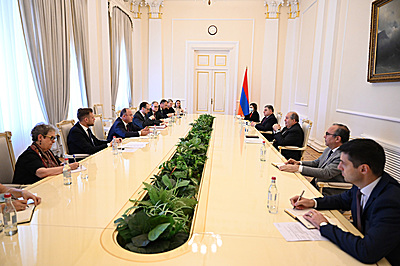 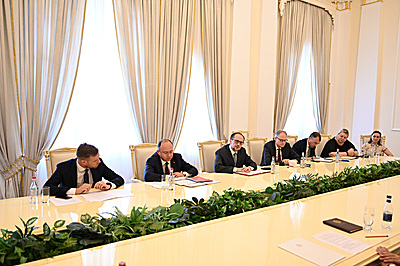 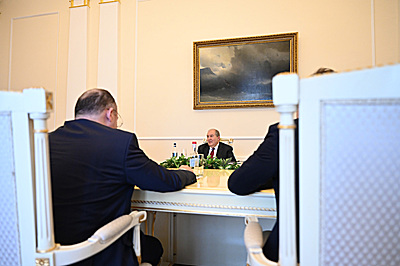 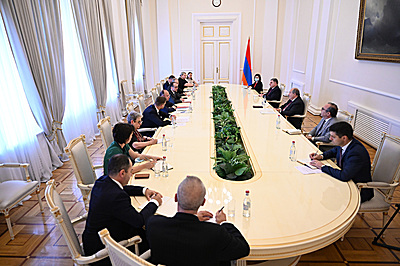 The high-ranking European diplomats noted that the purpose of the regional visit was to emphasize the importance of the relations of the EU Eastern Partnership and the countries of the South Caucasian region for the EU.

In terms of effective interaction with Armenia in the framework of the Eastern Partnership, the diplomats noted that in the lead-up to the Eastern Partnership Summit scheduled for December this year, they want to know about Armenia's expectations from it. The interlocutors considered the Summit essential to promote Armenia-EU relations, as well as to clarify the steps after the Comprehensive Extended Partnership Agreement enters into force.

President Sarkissian and high-ranking European diplomats exchanged views on the post-war situation in our country and region, particularly the humanitarian and border issues. The guests noted that the stability of the region is significant for the European Union; they wish to contribute to this issue.

President Sarkissian touched upon the issue of the immediate return of Armenian prisoners of war and civilians held by Azerbaijan, emphasizing that Armenia expects the support of international partners in resolving this urgent issue.

They also exchanged views on June 20 snap parliamentary elections in Armenia and the situation in the country after that. They expressed hope that the elections would help ease tensions and stabilize the country.

They also touched upon the prospects of deepening and developing Armenia-EU cooperation in different directions.