President Armen Sarkissian received the heads of the RA Police, NSS, and SSS 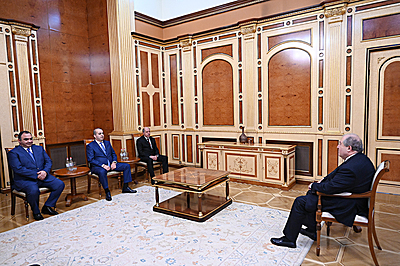 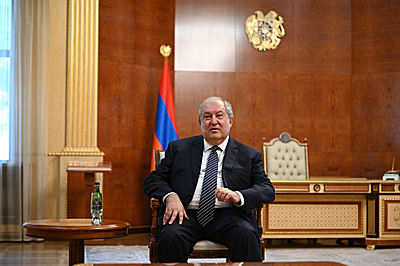 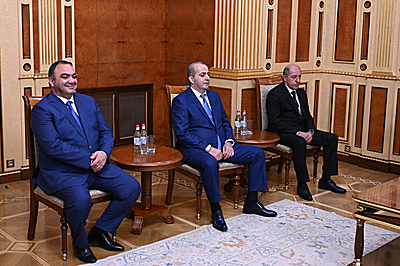 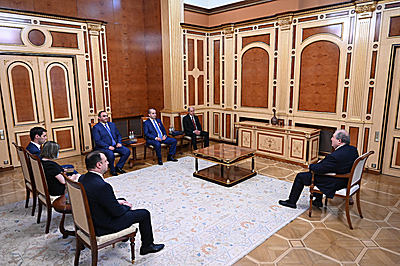 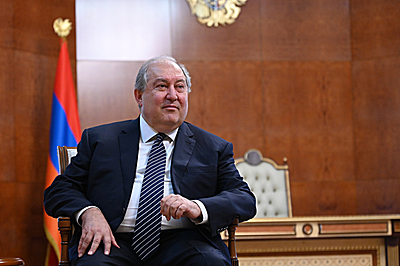 Congratulating them on their recently received high titles and wishing them further success in their responsible activities, President Sarkissian inquired from the heads of the Police and National Security Service about the work and problems of the spheres. They touched upon the issues related to the protection of public and legal order and national security in the Republic.

President Sarkissian said that the June 20 snap parliamentary elections were a significant stage in the life of our country. At the same time, noting that there are still many problems, the President emphasized that the law enforcement agencies should act with maximum responsibility and professionalism, exclusively within the scope of their authority. The President of the Republic also stressed the importance of lawful application of the law, ensuring the supremacy of legality and the rule of law in the country.