We have warm friendly relations with the Arab countries, and your presence bears witness to that as well. President Armen Sarkissian hosted Air Arabia leaders 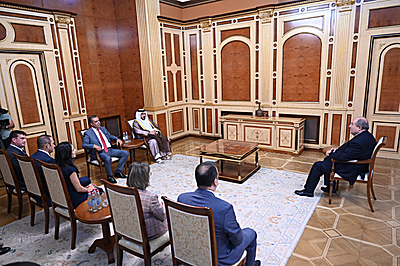 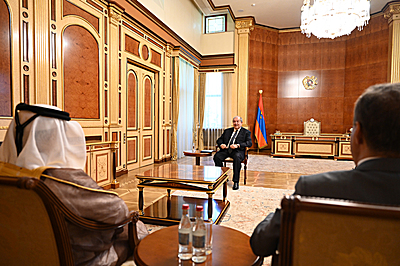 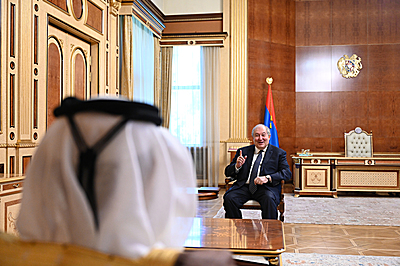 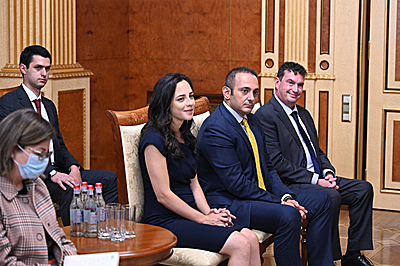 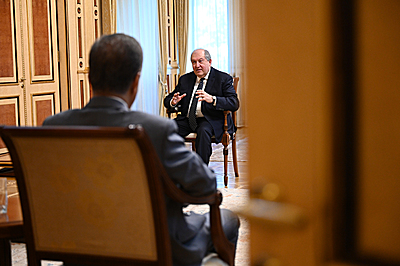 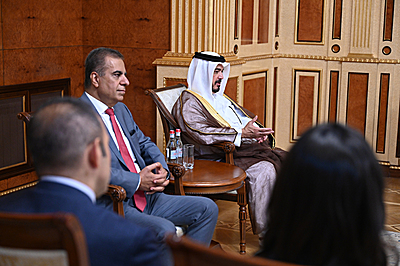 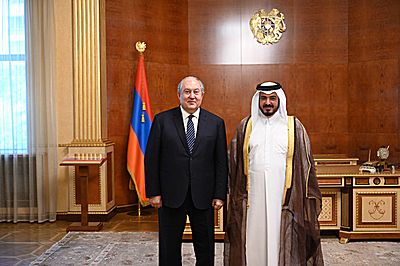 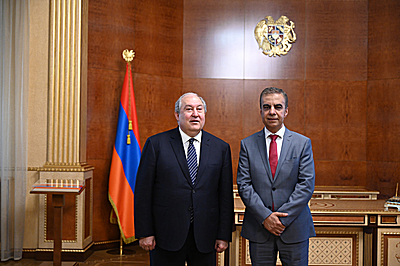 Today, President of the Republic Armen Sarkissian hosted Sheikh Abdullah bin Mohammed Al Thani, Chairman of the Board of Directors of Air Arabia, the national carrier of the United Arab Emirates, and Adel Abdullah Al Ali, Director of the company.

Air Arabia, the largest air carrier in the Middle East and North Africa, and the Armenian National Interests Fund will sign today an agreement on launching a new Armenian national airline. The first discussions on Armenian-Emirati cooperation in air transportation and communication took place in the UAE during the meeting of President Armen Sarkissian and the Governor of Sharjah, Sheikh, Doctor Sultan bin Mohammad Al-Qasimi. The President of Armenia conveyed his warm greetings and best wishes to the Governor of Sharjah for having supported the implementation of the initiatives.

President Sarkissian welcomed the cooperation with a major international air carrier and launching the Armenian National Airline, expressing satisfaction that the high-level agreements reached during his visits to the United Arab Emirates are being implemented through consistent bilateral cooperation and continuous efforts. In this connection, President Sarkissian praised the effective work of the RA Government, in particular the Acting Deputy Prime Minister Tigran Avinyan, the Chairman of the RA Civil Aviation Committee Tatevik Revazyan, and the Head of the Armenian National Interests Fund David Papazyan, who worked on this project for about two years.

"Armenia is currently going through a rather difficult period. We appreciate our friends who are by our side, especially at this stage, starting a new cooperation with a new project in Armenia. We have warm friendly relations with the Arab countries, and your presence in this project bears witness to it. We expect more projects and initiatives," said President Sarkissian. He expressed confidence that the activity of Air Arabia in the Armenian market will provide a new impetus for the development of air transportation and contribute to closer cooperation between the two countries.

Expressing gratitude for the warm reception, Sheikh Abdullah bin Mohammed al-Thani said that he highly appreciates the Armenian-Emirati interstate relations and personally President Sarkissian’s efforts to develop them. He stressed that both sides were greatly interested in developing cooperation, which was the basis for implementing the new joint project. The Chairman of Air Arabia Board of Directors expressed confidence that the new air bridge, especially launching the Armenian national air carrier with the participation of the Emirati airline, will be another reliable step in strengthening trade, economic, and business ties between Armenia and the UAE.

The management of Air Arabia and the Executive Director of the Armenian National Interests Fund provided President Sarkissian with information on the planned work and programs. They noted that the flights of the Armenian national carrier are envisaged for next year.