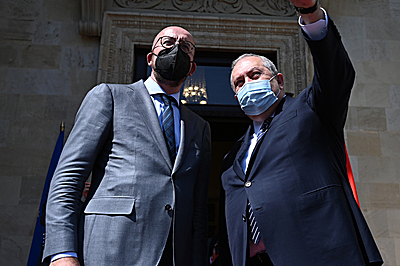 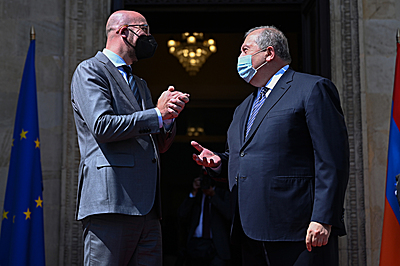 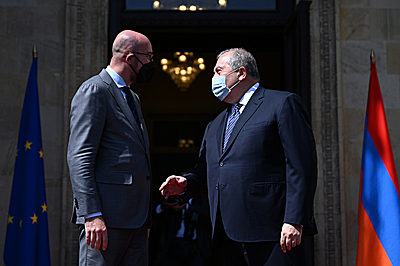 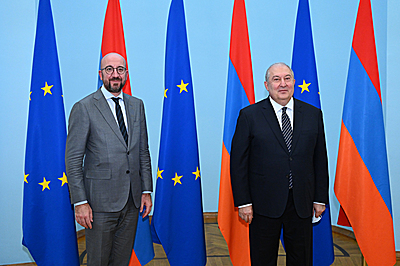 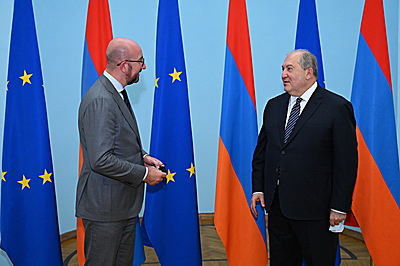 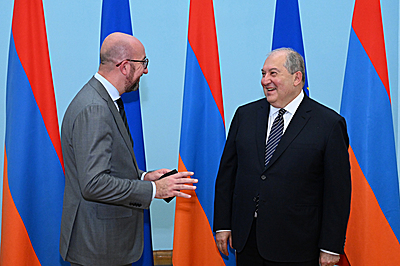 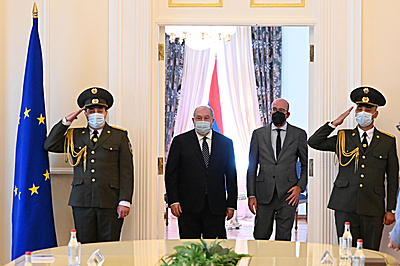 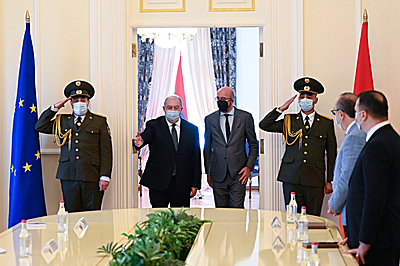 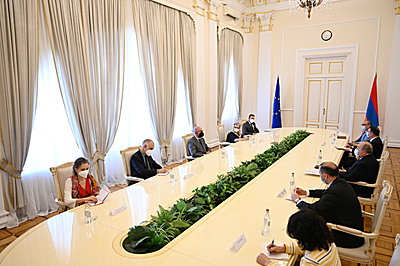 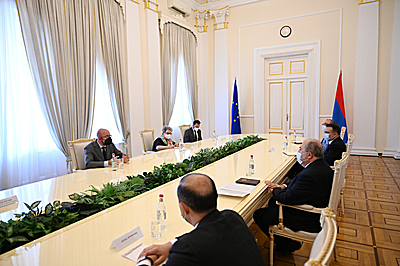 Welcoming the guests, President Sarkissian noted that the European Union is one of Armenia's important partners, with which the deepening of cooperation is essential for the development of our country.

Expressing gratitude for the reception and speaking about the goals of the visit, Charles Michel noted that the European Union is committed to closer cooperation with Armenia, support establishing stability and peace in the region, also long-term development.

Touching upon the Nagorno-Karabakh issue, the interlocutors stressed the significant role of the OSCE Minsk Group in the comprehensive and full-fledged settlement of the conflict.

The interlocutors also discussed the issues on Armenia-European Union cooperation, European Union assistance to Armenia and Armenia’s democratic development. They emphasized the role of the European Union in supporting the strengthening of the country and implementing joint efforts in that direction.

President Sarkissian stressed that after the painful losses in the war, it is significant for Armenia to focus on the areas that would ensure the future development of the country, one of which is the strengthening of democratic institutions. In this context, he attached importance to the implementation of constitutional changes, which will allow to have a balanced constitution, as well as to use the potential of the entire Diaspora for the development of the country. The President also singled out the spheres of human capital, high technologies, and artificial intelligence, emphasizing that an effective educational system and scientific-technological progress will be of great importance for the future of Armenia.