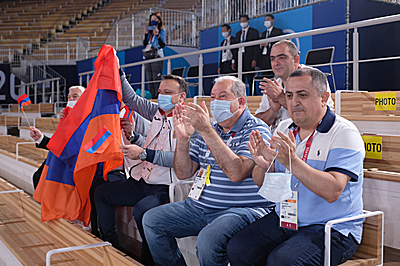 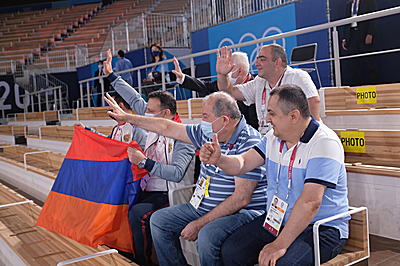 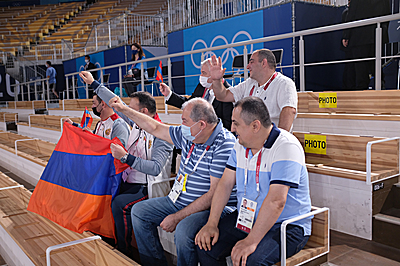 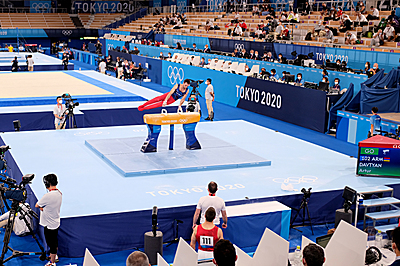 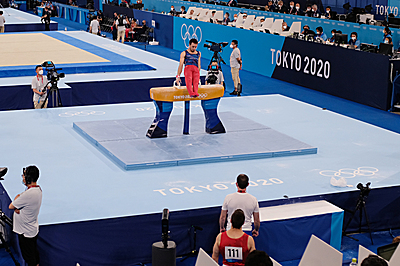 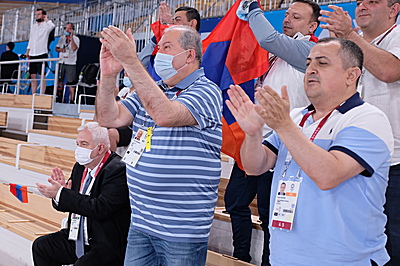 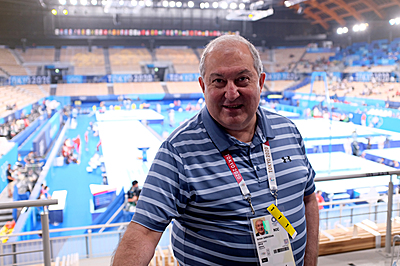 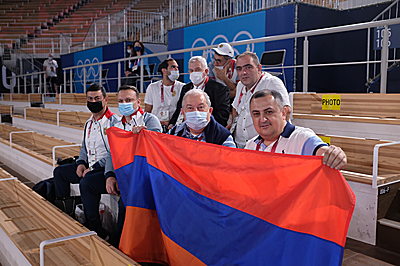 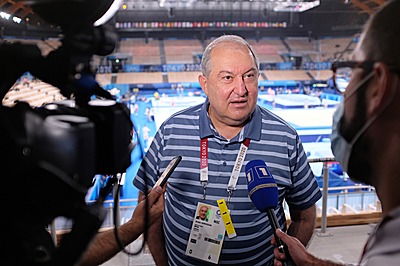 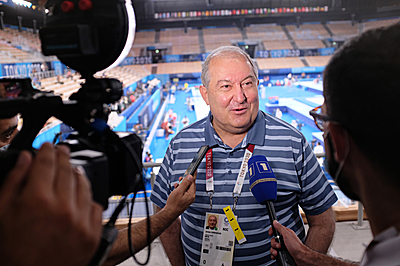 Today, President of the Republic of Armenia Armen Sarkissian, in Japan with a working visit, at the Tokyo Olympic Stadium, watched the performance of gymnast Arthur Davtyan, representing our country at the Summer Olympic Games. The gymnast performed in the qualifying round of the vault event, scoring high points.

In a conversation with journalists, President Sarkissian noted that our athelete's performance impressed him; he wished success to the Armenian Olympic team. "Sport is one of the best ways of introducing yourself to the world, and to get acquainted with the world. Participation in the Olympic Games is already a huge success. Imagine we are dealing with young people who devote their lives to achieving a goal," said President Sarkissian.