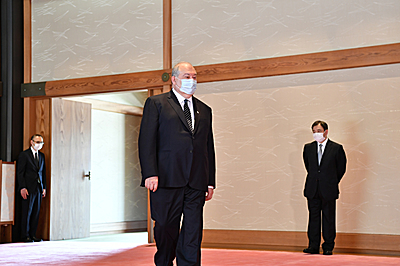 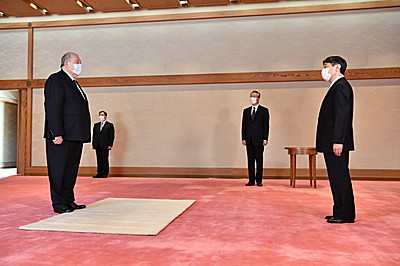 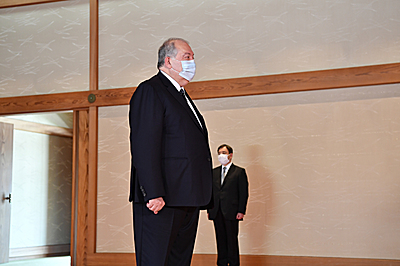 The President of the Republic of Armenia Armen Sarkissian met with Emperor Naruhito at the Imperial Palace of Japan.

President Sarkissian congratulated Emperor Naruhito and the people of Japan on hosting the Summer Olympic Games in the difficult situation conditioned by the pandemic.

They touched upon the Armenian-Japanese relations, as well as the importance of maintaining friendly ties between the two peoples.