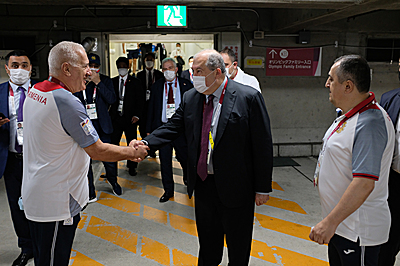 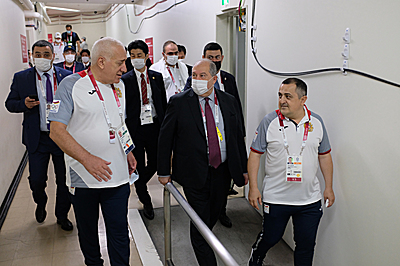 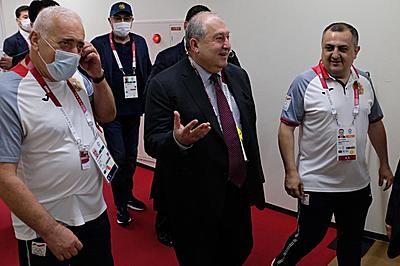 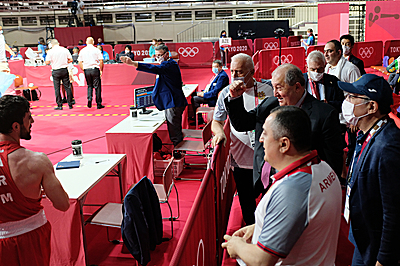 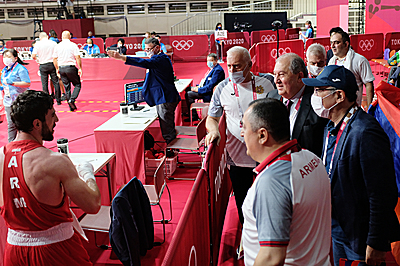 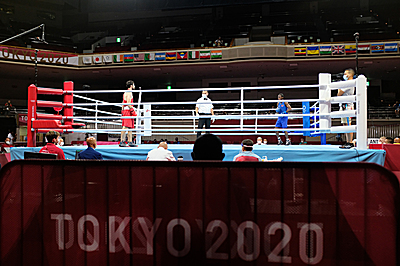 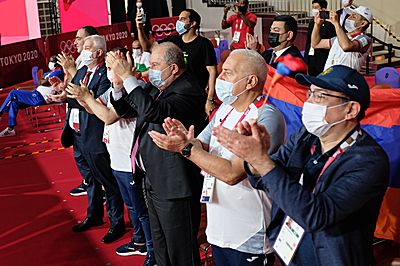 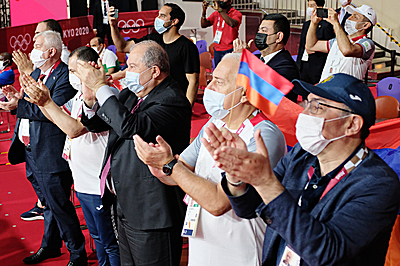 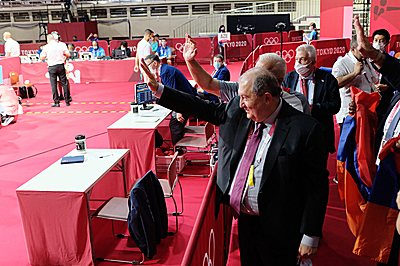 During his working visit to Japan, at the Tokyo Olympic Stadium, President of the Republic of Armenia Armen Sarkissian followed the competition of boxer Hovhannes Bachkov, representing Armenia at the Summer Olympics.

After the fight, President Sarkissian personally congratulated the Armenian boxer on his confident victory and wished him continued success.