I want to see Armenia as a high-tech country. President Sarkissian met with the Chairman of the Board of Mitsubishi Heavy Industries 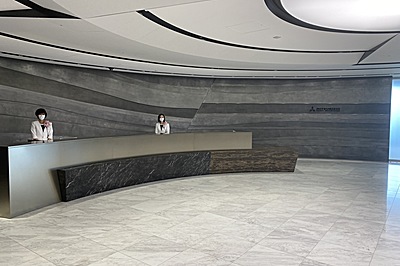 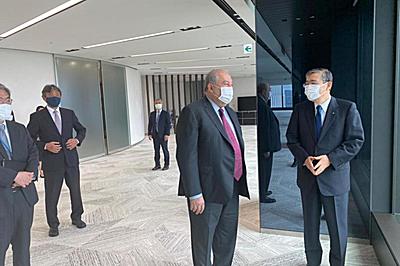 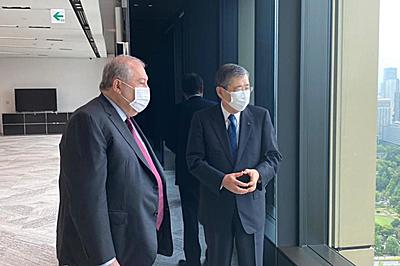 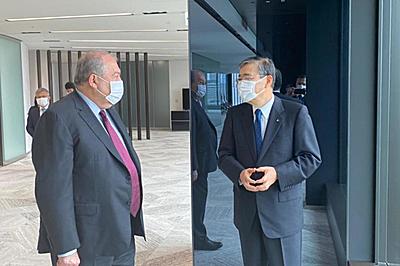 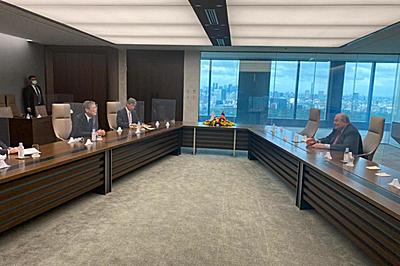 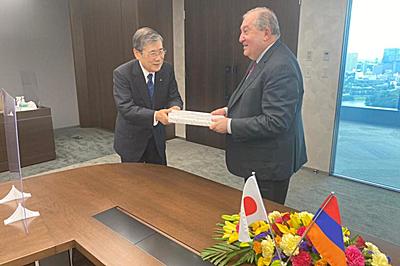 President Sarkissian and the Chairman of the Board of Mitsubishi Heavy Industries referred to the discussions and agreements reached during the previous meeting, noting with regret that the pandemic had also left its impact on the implementation of various programs.

Speaking about the directions of cooperation, the parties gave prominence to partnership in science, especially in physics and mathematics, and referred to the possibilities of applying the advanced technologies and experience of Mitsubishi Heavy Industries in Armenia.

President Sarkissian presented the progress of the ATOM (Advanced Tomorrow) Presidential Initiative, noting that being a future-oriented program, it will focus on the country's scientific and technological development, and he will be glad to see the Japanese technology giant among its partners. "The world is changing, and I think the leading force in the world will be technologies, ideas, and mathematics; this is where we must focus all our efforts," said the President. "We must be ready for those changes. If we do not change, we will stay behind. I want to see Armenia a high-tech country."

The Chairman of the Board of Mitsubishi Heavy Industries stressed that their company is also interested in cooperation with Armenia. He noted that the planned visit to Armenia after the first meeting with President Sarkissian did not take place due to the pandemic, and in the near future, they intend to visit Armenia for a first-hand acquaintance with the existing potential and cooperation opportunities.

Mitsubishi Heavy Industries is one of the world's leading industrial companies that specializes in the production of military and passenger aircrafts, spacecraft engines, equipment for space stations, passenger and cargo ships, submarines, research devices, marine navigation systems, power plants, and climatic devices. The company has an advanced system of experimental-technical research, which includes scientific-technical and scientific research centres.