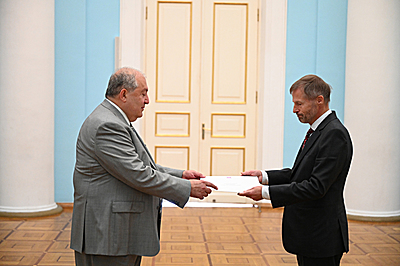 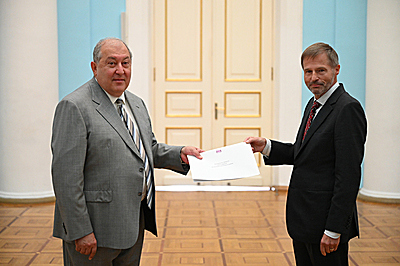 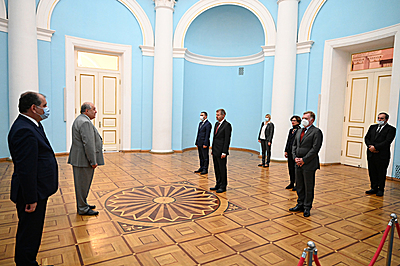 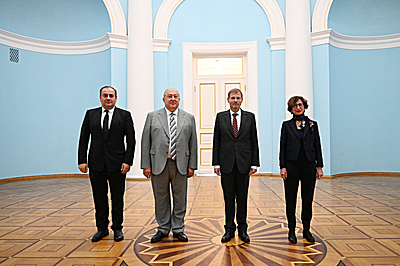 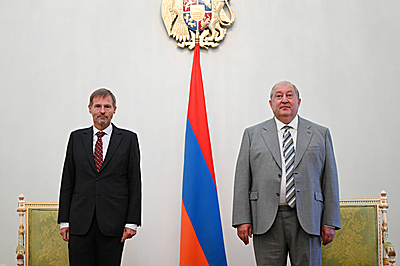 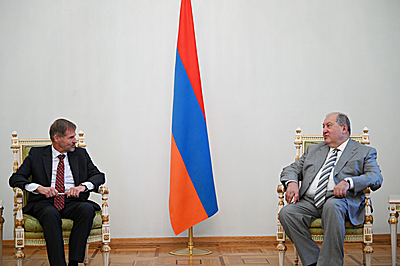 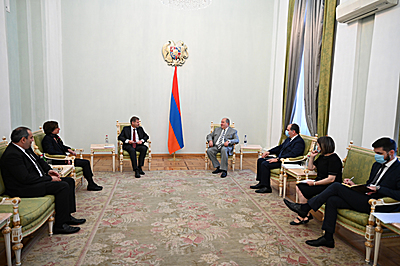 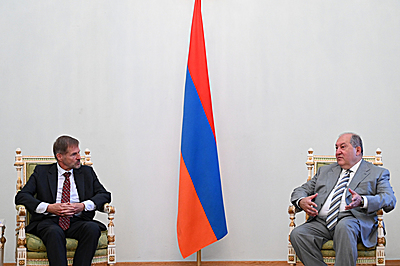 The newly appointed Ambassador of the Kingdom of Belgium to the Republic of Armenia Marc Michielsen (residence in Moscow) presented his credentials to President Armen Sarkissian.

Congratulating the Ambassador on assuming the post, President Sarkissian expressed confidence that he would make every effort to further enrich and advance the agenda of the Armenian-Belgian relations.

Noting that next year is the 30th anniversary of establishing diplomatic relations between Armenia and Belgium, Ambassador Michielsen said that such anniversaries are a good opportunity to assess the road passed and the work done, also to clarify what to do in the future.

According to President Sarkissian, the diplomatic relations established thirty years ago have a great potential for development and good opportunities for expansion.

The President of Armenia and the Ambassador of Belgium touched upon the agenda of bilateral relations, in particular, the prospects of improving economic cooperation, and activating commercial and economic ties. The great potential for interaction was emphasized, especially in the fields of science, education and biotechnologies.

President Sarkissian also attached importance to developing tourism between the two countries, citing the existence of direct air communication between Yerevan and Brussels as a significant contributing factor.