The game ended in a draw. President Armen Sarkissian handed grandmaster Elina Danielyan a high state award, and played chess with her 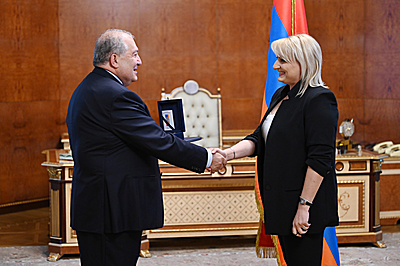 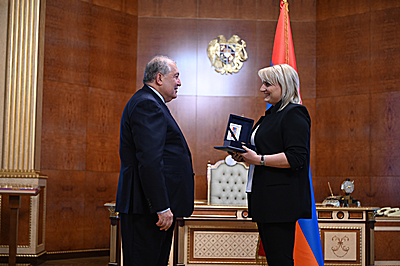 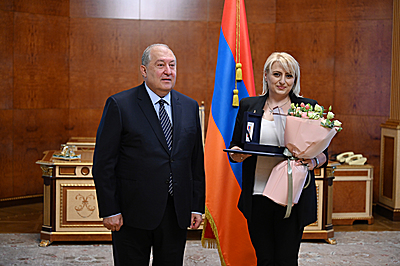 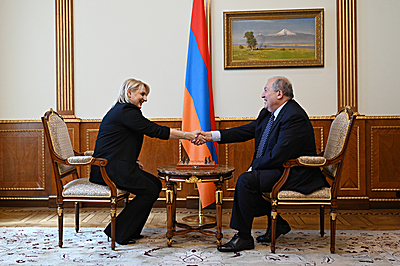 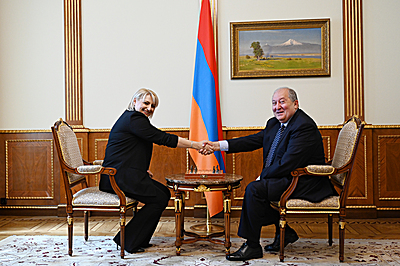 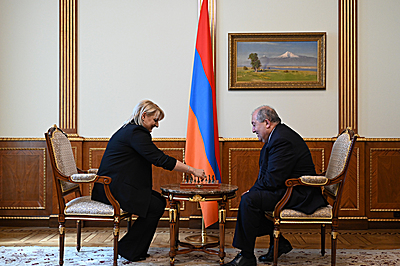 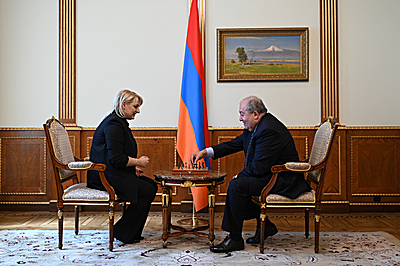 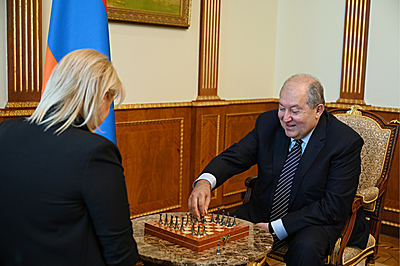 By the decree of the President of the Republic Armen Sarkissian, chess player and international grandmaster Elina Danielyan was awarded the Order of Merit for Services to the Motherland of the second degree for her victory in the 2021 European Women's Individual Chess Championship, and worthy representation of Armenia in the international arena.

Grandmaster Elina Danielyan recently won the title of the champion of the European Women's Chess Championship, recording the first such success in the history of newly independent Armenia.

Today, President Armen Sarkissian hosted Elina Danielyan at the President’s Residence to hand her the high state award. The President congratulated the leading grandmaster of the Armenian women's chess team and wished new victories to the European champion.

President Sarkissian and Elina Danielyan spoke about the events in the chess world, the changes taking place, the significance of preserving and developing chess traditions in Armenia. The President noted that he proudly followed every performance of the grandmaster at the European Women's Chess Championship and highly appreciated the creative approach of the chess player to the ancient game.

Then the meeting continued around the chessboard. The game ended in a friendly draw.

"It is a great honour for me," said Elina Danielyan about the meeting with the President. - It is important for every sportsperson that your country pays attention to you and your success. At that moment, you feel that what you have been doing for years, your work and efforts were not in vain. It will be difficult for us to show results without it. It inspires and empowers to achieve further goals."