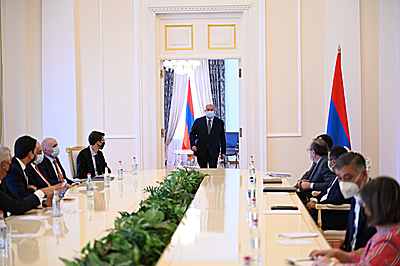 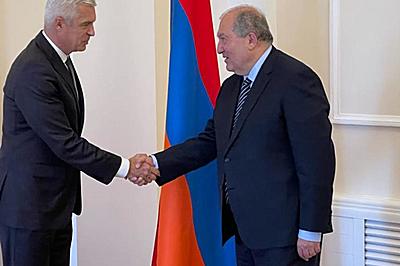 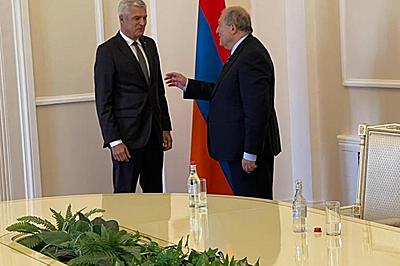 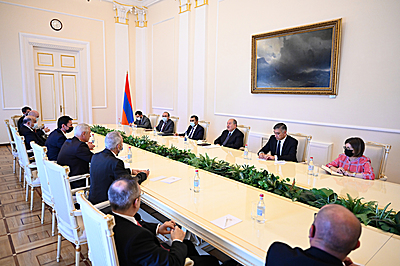 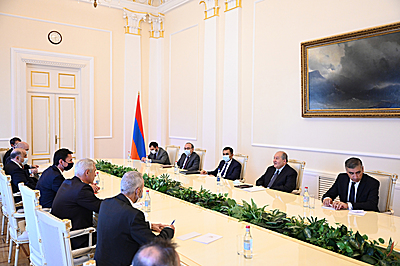 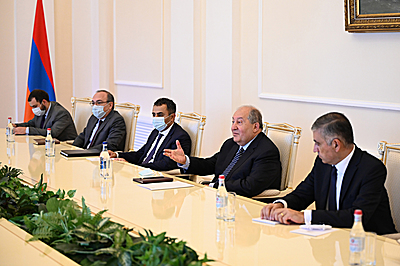 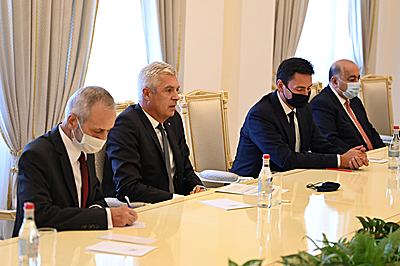 Today, President Armen Sarkissian received the Minister of Foreign and European Affairs of the Slovak Republic Ivan Korcok and the delegation, accompanying him, who are on an official visit to Armenia.

Welcoming the high-ranking guest, President Sarkissian particularly said that the relations between the two countries, and Armenia-European Union, have a remarkable history, but it is necessary to talk about the future and future plans.

The Foreign Minister of Slovakia noted that they want to work on developing bilateral relations. Slovakia has a friendly attitude to Armenia; the two countries have a high-level political dialogue, which is a good foundation for developing mutually beneficial cooperation in different fields. Ivan Korchok stressed the significant potential of the economy, including business relations, trade and economic relations, cooperation in various fields, and the need for its effective implementation. He also attached importance to the expansion of cultural partnership for bringing the two nations together.

The President of Armenia and the Minister of Foreign and European Affairs of Slovakia exchanged views on the situation and challenges in our country and the region after the war.

They also touched upon the prospects of deepening and developing Armenia-European Union cooperation in different directions.