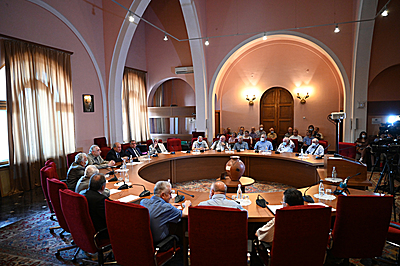 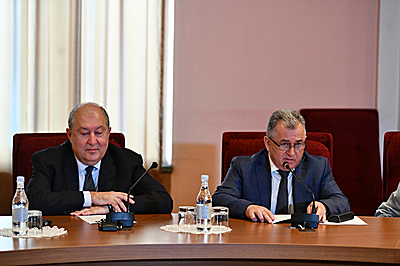 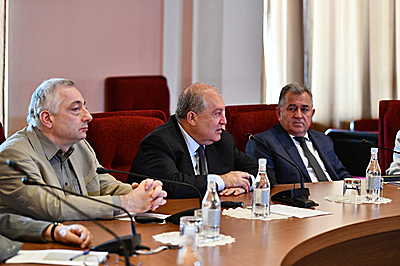 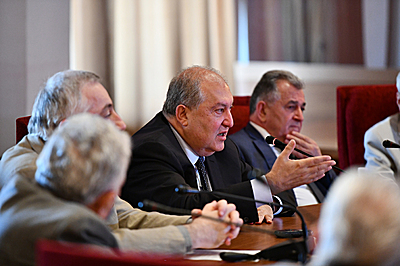 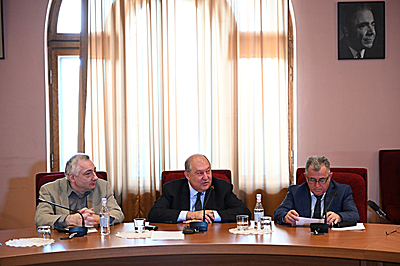 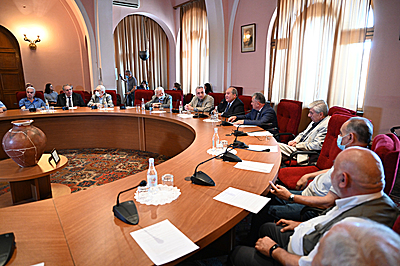 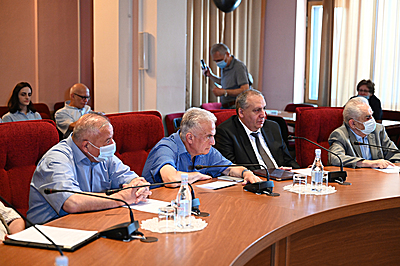 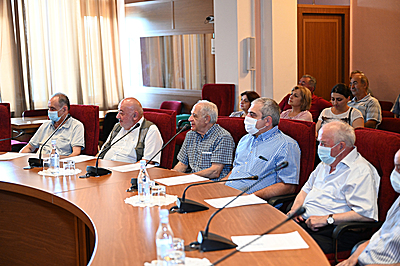 Today, at the RA National Academy of Sciences, President of the Republic Armen Sarkissian took part in the grand session dedicated to the 75th anniversary of the Byurakan Observatory, named after Victor Hambardzumyan.

The President noted that today's astronomy is not the same as years ago. "After 75 glorious years, we must seriously think today about what the next years will be like. Our science needs locomotives, which must be one of the key directions of modern science, " said the President. - They can be artificial intelligence, modern mathematics, biotechnologies, areas of science related to the environment and climate change, as the world today is making huge investments there."

The President considered the connection between science and real industry important. "You must be able to bring modern achievements in the field of science and technology to Armenia. When the two great academicians, Orbeli and Victor Hambardzumyan, well-trained in one of the best centres in the world, returned to Armenia, they established the Academy of Sciences and Byurakan Observatory. Let us not forget that the leaders of many of our science centres received their education and degrees abroad. We must not lose the ties we have gained over the years with the world. Today's connection with the world is different. This is a world where parallel to science, big industry, and big economy, the new and the dynamic are often developing through scientific startups. Armenia, science, the Academy of Sciences, and the Byurakan Observatory must remain young and be modern because that is the only way of development."

Speaking about the development of Armenian science in general, President Sarkissian noted that Armenian science includes Armenian world science as well. He particularly reminded that our compatriot Nubar Afeyan's Moderna company made one of the vaccines against COVID-19 pandemic. "We have a huge advantage that we do not use, " said President Sarkissian. - I have great hopes that with all our efforts, this glorious history of 75 years will have a living and young life in the future. I want to wish that our science is at the top of the world again. From the 1970s until today, we are able to live owing to the reputation and credit of our great scientists, Victor Hambardzumyan and Orbeli. It is time to pay back our "debt."