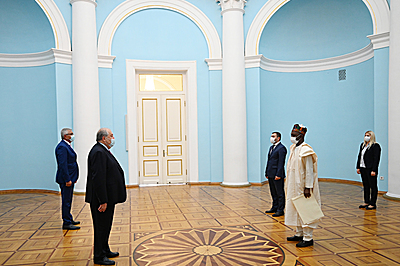 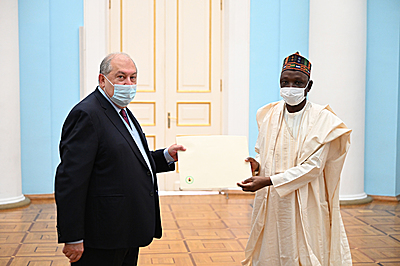 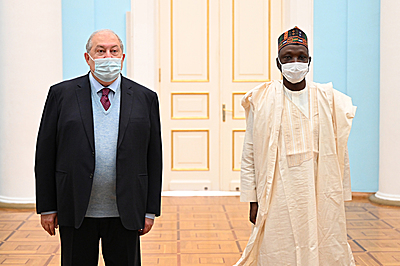 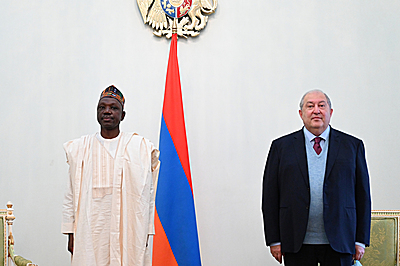 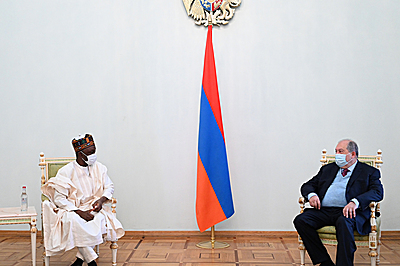 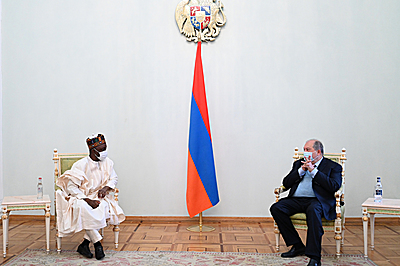 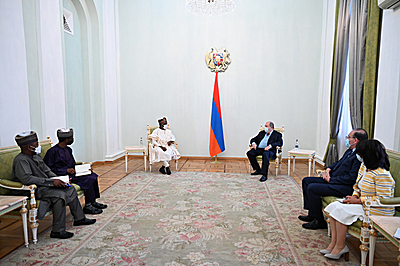 Today, the newly appointed Ambassador Extraordinary and Plenipotentiary of the Federal Republic of Nigeria to the Republic of Armenia Yakubu Santuraki Suleiman (residence in Tehran) presented his credentials to President Armen Sarkissian.

President Sarkissian congratulated the newly appointed Ambassador on assuming the post and expressed confidence that he would contribute to the development of bilateral relations. President Sarkissian noted that the President’s Institute is ready to support the efforts and initiatives aimed at deepening cooperation.

Ambassador Suleiman noted that his country is interested in expanding ties with Armenia and developing cooperation in various fields.

During the meeting, they spoke about the prospects for deepening commercial and economic ties and developing cooperation between the two countries. They emphasized the importance of activating business contacts and in particular singled out the areas of high technologies, including artificial intelligence, biotechnologies, infrastructure, agriculture, food production, security, and cooperation in the field of education.