Komitas Vardapet managed to describe the Armenian identity with a simplicity of a genius. Pianist Diana Sahakyan gave a concert at the President’s Residence within the framework of the Komitas Conference-Festival 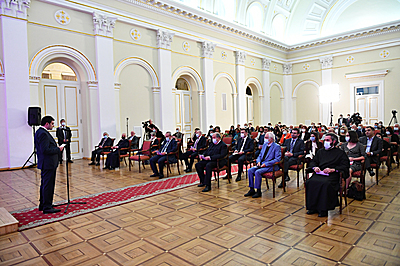 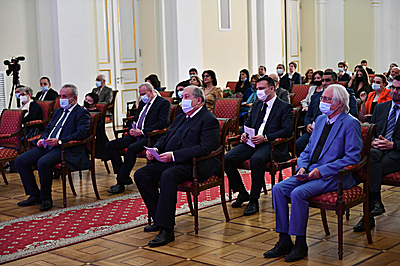 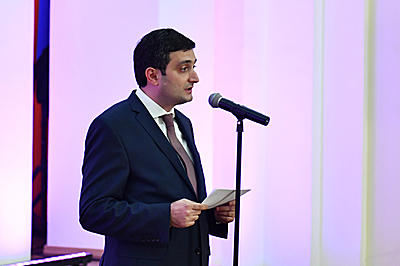 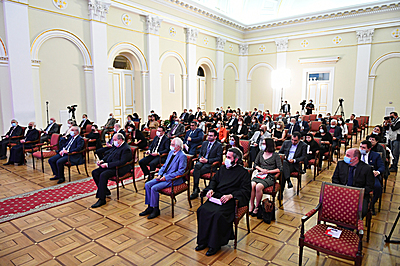 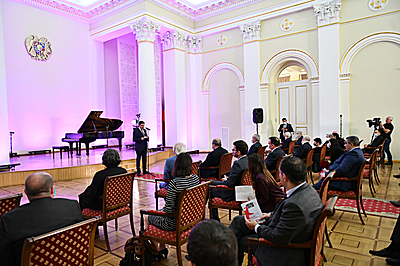 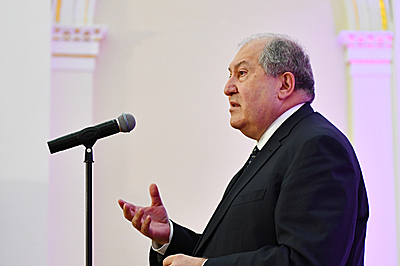 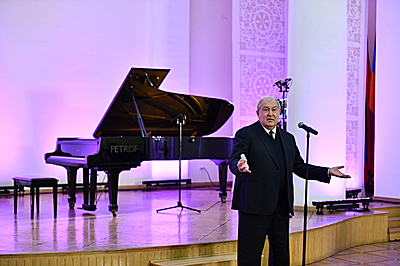 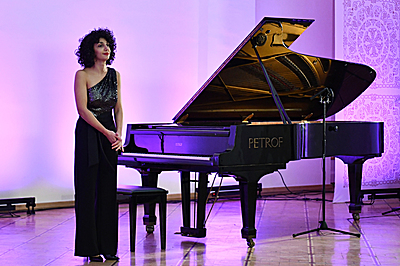 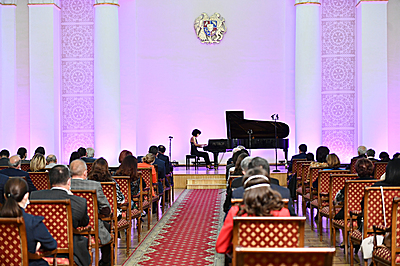 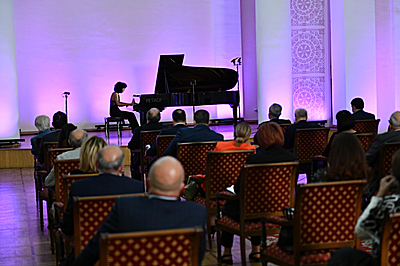 This evening, within the framework of the Komitas International Conference-Festival, and under the auspices of President Armen Sarkissian, the German-Armenian pianist Diana Sahakyan’s concert took place at the Residence of the President of the Republic.

Welcoming the organizers and guests, President Sarkissian considered it a great honour to host a concert dedicated to Komitas at the President’s Residence. "When you talk about Komitas, the first thought that comes to mind is our national identity. In the course of its history, the Armenian people have made an enormous contribution to world art. Of course, this contribution has always been based on our identity, our history, who we are," noted President Sarkissian. "Komitas Vardapet managed to describe the Armenian identity with a simplicity of a genius. If any of us doubts about the Armenian sense and sounding of some music, I think there is a simple formula: listen to it, and then turn on Komitas, if you feel harmony, that music is Armenian."

The President wished success and creative achievements to the talented pianist Diana Sahakyan. The concert, performed by Diana Sahakyan, included the well-known melodies by Komitas, as well as compositions from the world music treasury.