Together we can implement small but significant projects. President Armen Sarkissian received the Secretary-General of the International Organization of the Francophonie 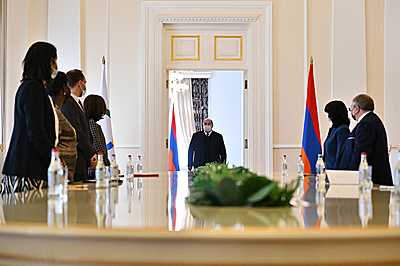 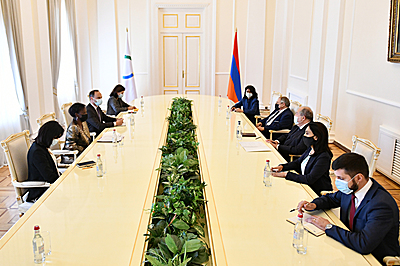 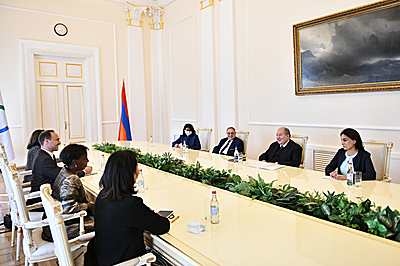 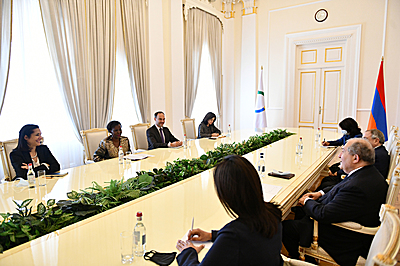 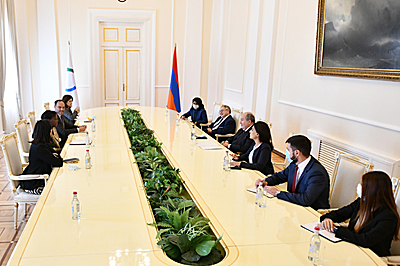 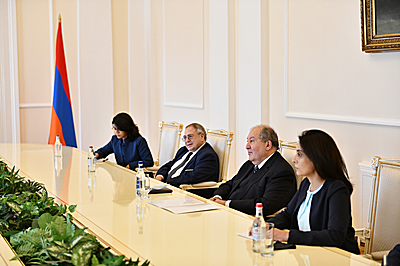 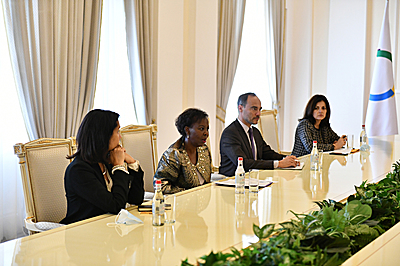 Presenting the main directions and programs of the organization, the Secretary- General emphasized that it pays great attention to the programs especially for young people, trying to create various platforms and opportunities for them. She also considered it important to develop interaction in the economy between member countries in different trends and formats.

Welcoming the visit of Louise Mushikiwabo to Armenia, President Sarkissian touched upon the areas within which it is possible to establish effective cooperation with the member states of the organization. He particularly noted that the Sixth STARMUS International Festival of Science and Art would be held in Armenia next year, providing a good chance to attract the youth of the member states to participate in it, establish ties, and promote interaction in the spheres of science and arts.

According to President Sarkissian, another opportunity for cooperation may be formed around the idea of ​​establishing a club of small but successful countries. "Together we can implement small but significant programs", said President Sarkissian. Due to the existence of privileged economic regimes for Armenia in the Eurasian Economic Union and European Union, the President said that in this respect, Armenia can be interesting to the Francophonie countries for business and investments. They also spoke about the possibilities of cooperation within the framework of the Presidential ATOM Initiative aimed at technological and scientific-technical development.

President Sarkissian also invited the organization's member state representatives to take part in the Armenian Summit of Minds to be held in Armenia, with the main topics dedicated to global and regional geopolitics, and new technologies.