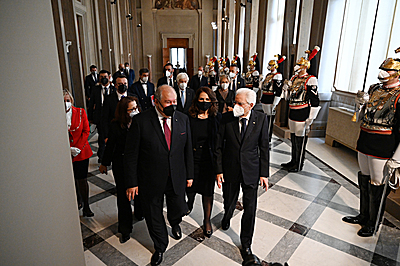 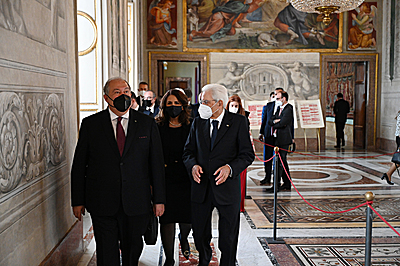 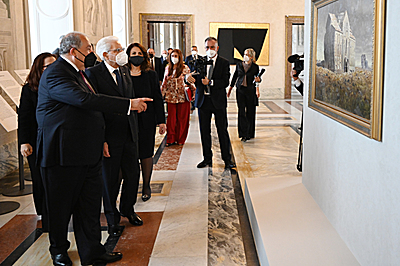 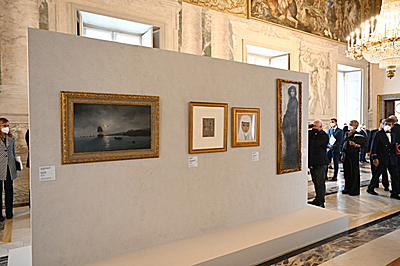 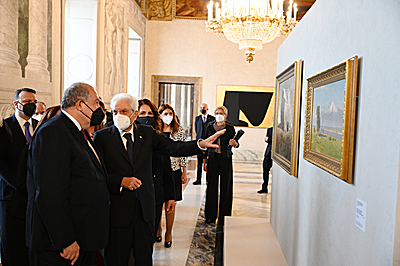 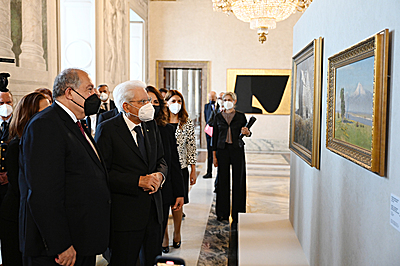 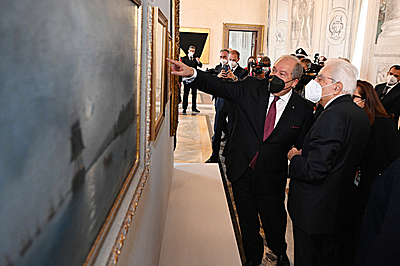 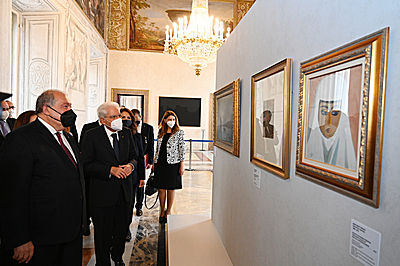 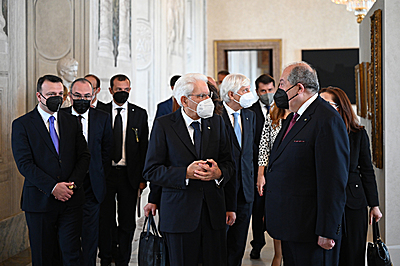 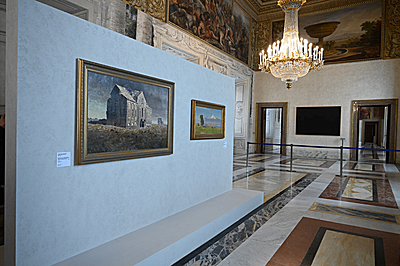 Within the framework of the state visit of the President of the Republic of Armenia Armen Sarkissian to Italy, under the auspices of the Presidents of the Republic of Armenia and the Italian Republic, the exhibition of works by famous Armenian painters Hovhannes Aivazovsky, Gevorg Bashinjaghyan, Martiros Saryan, Vardges Surenyants and Hakob Kojoyan opened today at the Quirinal Palace.

A similar but Italian exhibition, organized at the Residence of the President of the Republic of Armenia in September 2020, displayed canvases by the outstanding 18th-century Italian painters Giovanni Antonio Canal (Canaletto), Bernardo Bellotto, Francesco Guardi, and Michele Marieschi where the artists depicted Piazza San Marco in Venice in their specific interpretation.

According to the President of the Republic Armen Sarkissian, such exhibitions bear witness to both historical and current deep and close, friendly and warm relations between the peoples of Armenia and Italy. "Art unites peoples, which is more than obvious in the case of the Armenian and Italian peoples who have ancient roots of friendship. And this is exactly what is called a dialogue of civilizations and cultures, a dialogue of the inner world and talent of nations.”

The President of Armenia noted that the works presented at the Quirinal Palace are part of the rich Armenian cultural heritage, to which we have the greatest respect and which we wholeheartedly share with our friends. According to him, this talented constellation of Armenian artists: Hovhannes Aivazovsky, Gevorg Bashin Bashinjaghyan, Martiros Saryan, Vardges Surenyants, and Hakob Kojoyan, constitute an integral part of not only our national but also world art heritage.

At one time, some of these artists had fairly close contacts with Italy and Italian culture. According to the President, there is already a huge treasury of Armenian cultural and spiritual values ​​in Italy, represented by the heritage of the Mekhitarist Congregation on the island of San Lazzaro.